News / 'Forcing ships to steam even slower could have 'unintended consequences' 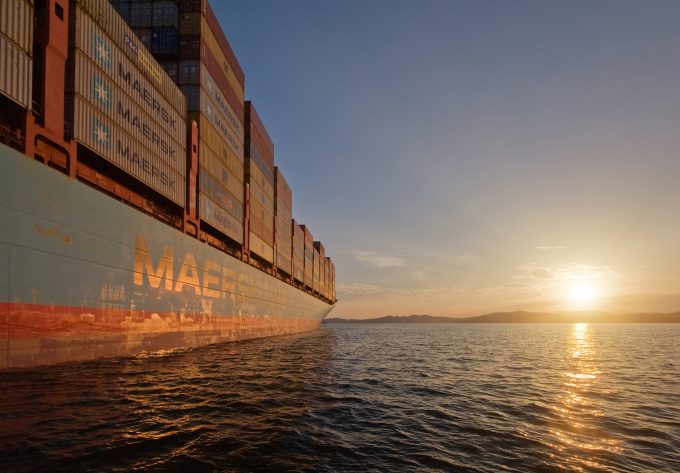 The 74th sitting of the MEPC will consider proposals to cut GHGs in shipping as it heads towards its goal of a 50% reduction in maritime emissions by 2050.

One proposal that has received significant media attention is an open letter, signed by 120 shipping companies and sponsored by the French and Greek governments to set maximum speeds for container vessels.

It said: “The signatories to this letter unite in stressing the urgent need for shipping to make its appropriate contribution to addressing climate change. As the initial step we express our strong support for the IMO implementing mandatory regulation of global ship speeds differentiated across ship type and size categories.”

Noting that the letter did not specify what the average speeds should be, Drewry said that with slow-steaming being such a long-established feature of the industry, “it is questionable how much slower containerships can go”.

“Slow-steaming (combined with additional ships being phased into loops) was first adopted in the Asia-Europe trades and gradually expanded from early 2009 into the transpacific and several north-south routes,” explained the consultant.

“Carriers quickly realised that as well as reducing voyage costs, slow-steaming offered a way of managing the vessel surplus that was building up as demand shrivelled, which is why the practice has endured even when fuel prices dropped.”

To find the current speed of today’s liners, Drewry compared the average service speed of THE Alliance’s FE3 Asia-North Europe loop at 16.3 knots deploying 10 average 14,000 teu ships, with that of the 2M’s AE5 / Albatross loop of 15.4 knots deploying 13 average 20,000 teu ULCVs, but with more ports in the rotation.

Drewry calculates the round trip voyage fuel cost of, say, a 14,000 teu average vessel size deploying 11 ships between Asia and North Europe as $21m. By deploying 12 vessels on the loop and slowing the service speed to 13.1 knots, the fuel bill falls to $18m and thus there is a reduction per ship in its GHG emissions.

But, in the Drewry model, adding a 13th ship and “super slow-steaming” the service to 11.9 knots would mean a fuel bill of $19m and more emissions.

Significantly, the signatories to the open letter did not include ocean carriers. Maersk in particular has warned that slowing ships further would result in more technology-enhanced ships needing to be ordered rather than the investment in research and development that is needed to achieve its own ambitious target of deploying zero-carbon vessels by 2050.

The UK Chamber of Shipping agrees. It said with vessel speeds already at their lowest in a decade, a low-speed rule “could give false reassurance that action in reducing emissions is being taken and distracting the IMO from other effective measures”.

The UK Chamber’s policy director, Anna Ziou, said: “Unfortunately, despite the very positive intention of the proposals to assist in the reduction of emissions, that is not matched in the details and risks leaving gaps in the IMO’s decarbonisation plan.”

Ms Ziou said the implementation and enforcement of the  speed limit would be “problematic”.

Drewry concluded that, although it appeared there could be “some marginal gains from slowing ships even further”, it said “before making this a mandatory requirement, we agree with Maersk that further evaluation of the unintended consequences is required”.