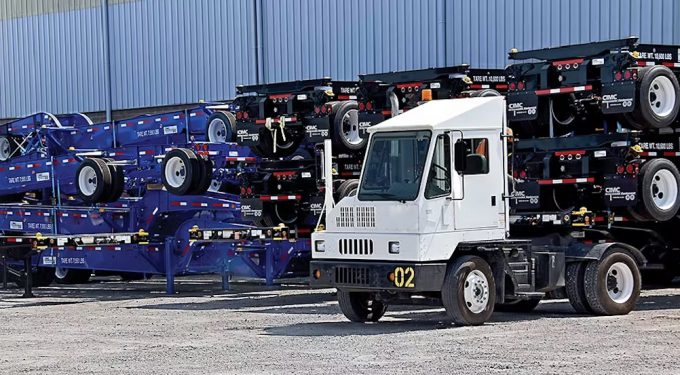 One of the major causes of congestion in the US throughout this year has been the shortage of chassis, either because containers were being stored on them, or through the sheer demand for the units.

In an effort to solve this issue, US east coast port authorities and chassis management companies have been given the green light to plans to develop a much-needed chassis pool, following approval by the Federal Maritime Commission (FMC).

Having passed the regulatory hurdle, the operators of the South Atlantic Chassis Pool 3.0 (SACP 3.0), the Ocean Carrier Equipment Management Association (OCEMA) will now prepare for the launch of the multi-port pool in the autumn of 2023.

Established as a public-private partnership, the pool will be managed by OCEMA subsidiary Consolidated Chassis Management (CCM), with the Georgia, Jacksonville and North Carolina State port authorities.

A spokeswoman for OCEMA told The Loadstar: “There are a variety of implementation agreements with lessors, usage agreements with users of the pool, and a pool tariff that will be developed over the coming months.”

SACP 3.0 will operate some 60,000 new and refurbished chassis from several locations, procured through CCM, making the process more efficient.

“SACP 3.0 represents the next logical step in the evolution of interoperable pools in the US. The new pool represents a leap forward in terms of supply chain efficiency and resilience,” said CCM CEO Mike Wilson.