News / Florida forwarders begin picking up the pieces, but trucks are in short supply 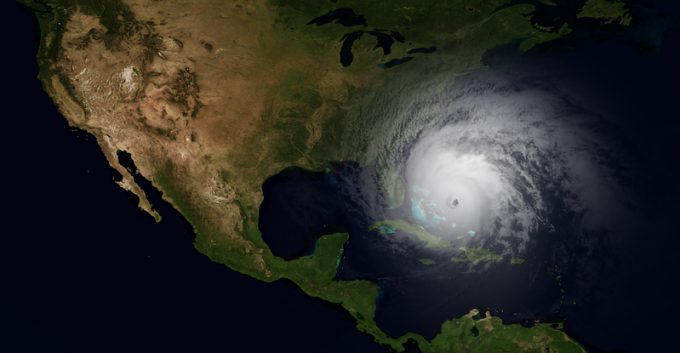 Florida may have escaped the worst damage predictions for Hurricane Irma, but a dearth of trucking has left the state’s logistics services badly hobbled.

Severe power shortages, which saw eight million people without electricity in the immediate aftermath of the storm – some still cut off – have also troubled the industry.

President of Commodity Forwarders Christopher Connell told The Loadstar that following the devastating effect of Hurricane Harvey on Houston, Florida was able to be well prepared for Irma.

“We were able to rotate staff in across Florida so they could make sure their homes were safe,” said Mr Connell. “And while the south coast took a hammering, further north things weren’t as bad.

“Overall, the impact was less severe than predicted, leaving as the biggest issue the number of days we were shut.”

However, Mr Connell said, operations were back up and running pretty quickly. Miami Dade Airport had closed on the Friday – in advance of the hurricane’s landfall – but was back open by the following Tuesday.

Despite Commodity being a perishables specialist, he said the forwarder had managed to ride much of the power outage via back-up generators.

“The problem now is getting truck capacity, with many contract operators electing not to come down to the state,” said Mr Connell. “This hesitation is primarily driven by a fear of not getting a return load or being stuck in the fuel shortage, with many gas stations out.”

“Many truckers decided to stay north of Florida over fears – well founded – of potential fuel shortages,” said Mr Gomati. “But there have also been those who have been turned away because of still active curfews or because warehouse systems have been down, meaning shipments cannot be accepted.”

Mr Gomati said Interworld volumes were down 35% on where they normally would have been in the week leading up to the storm. However, he said the effect was “fortunately” short-term and, unlike others, Interworld suffered neither flooding nor power outages.

“The week of the storm we loaded 15 containers, half what we would normally do,” he continued. “And while the following week started a little slow – partly because of the truck shortage – one day we loaded 12 containers compared with our daily average of five or six.”

Mr Connell said there were concerns over the longer-term impact of the hurricane, with orange prices already rising amid reports that 70% of the state’s citrus crops had been affected.

Mr Gomati said the main problem he was experiencing in Florida was not trucking, but on the air side, with carrier capacity into Latin America severely restricted due to backlogs.

With airlines having been out for four or five days, there were “serious” backlogs into South America, leaving the company reliant on its warehouse space to house goods, he said.

US and Canadian perishables shippers switch their focus to different markets

US consumers can look forward to ample quantities of lobster and cherries in grocery stores ...

US cherries may hit the jackpot again, despite a slow start to China

The cherry season has kicked off in California with the customary shipments to Asia, but ...

Planned comeback for US perishables exporters another casualty of the virus

This was supposed to be the comeback year for US perishables exporters – during the ...

Sky-high rates are putting airfreight out of reach for some

Forwarders have been running in high gear, often getting nowhere. “Capacity and space is a disaster, ...