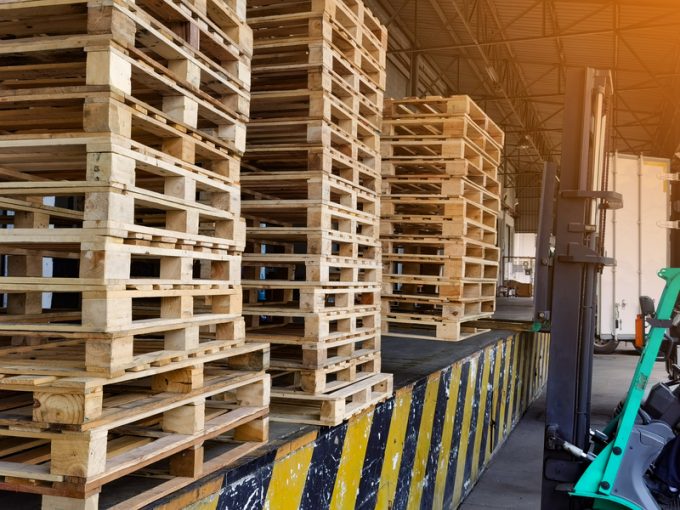 US produce exporters are about to add to their long catalogue of woes this year.

After trade wars, severe weather, capacity constraints and lack of containers, they now face the prospect of insufficient pallets to ship their goods – just as they prepare for the seasonal push in shipping.

The past year created a seemingly endless procession of shortages – from toilet paper, and a lengthy list of commodities, to planes, trucks, warehouse space and empty containers.

The latter has cost the US agriculture and food industry an estimated $1.5bn in lost exports, plus hundreds of millions of dollars in charges, according to the Agriculture Transportation Coalition.

Now, the United Fresh Produce Association (UFPA) has sounded the alarm over pallets, warning that exports are at risk.

Pallets are increasingly hard to get hold of, said the UFPA, highlighting the case of a farmer informed by a pallet supplier it would not accept orders from new customers because it was unable to fill existing customer demand.

The rising shortage of pallets is the result of a convergence of factors: importers and distributors have been building up inventory, as restocking is going on at a high rate and companies have set up buffer stock to avoid outages; and this is exacerbated by longer inventory dwell times, the UFPA noted.

And often pallets are not in the right place – usually a minor issue, but the capacity strain in the trucking industry has made it tougher to reposition pallets.

Moreover, pallet producers are competing for lumber in a hot home construction market, which crimps their ability to repair and build new pallets. And the rush for lumber and wood products has driven up prices sharply.

They have gone up between 200% and 350%, according to the UFPA, and prices of new pallets have surged incrementally. The organisation noted that in one case pallet prices went up in excess of 400%, although it was irrelevant as there were none available.

“We are getting by, but pricing has increased,” he added.

The UFPA sees a need for broad action to address a looming crisis.

“If there is not a concerted effort across the supply chain to ensure pallet availability for shipment of produce, there is little doubt that it will be very difficult, if not impossible, for the grower/shipper community to meet buyer, and ultimately consumer, demand for produce,” it said.

It added that growers and shippers were working hard to remain compliant with pallet requirement specifications where they can, but this is challenging.

“Temporary modifications or exceptions to pallet requirements, as long as they do not jeopardise safety, would prove advantageous until this pallet shortage is resolved,” it said.

That may take some time. The UFPA expects the problem to persist for months, possibly to the end of this year.

To hear more about the problems shippers are facing on the transpacific, try this clip from The Loadstar Podcast.