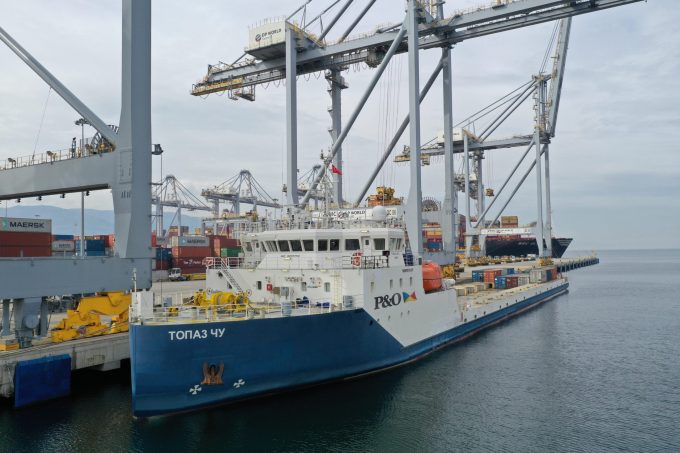 Markets around the landlocked Caspian Sea have been served by road and rail, but P&O Maritime Logistics is set to deploy its Topaz Chu multi-carrying vessel (MCV) on a service connecting Turkey’s deepwater Yarimca port, near Istanbul, with the Kazakh port of Aktau and the Turkmen port of Turkmenbashi, via Russia’s inland waterways.

“MCV-type vessels are ideally suited to navigate the Russian rivers and it is expected that at least two more will be outfitted and classed for container carriage for the new line’s launch in the coming months,” the company said.

It added that it expected to carry “mainly transport containerised products, such as industrial machines, construction materials, textiles, cosmetics, white goods and marble, while additionally offering a convenient service for breakbulk and project cargo”.

“P&O Maritime Logistics was selected because of the ability to carry both breakbulk and container cargo, which fits with the type of goods that move on this route.

“With land transport making up 95% of total carbon emissions for the transport sector, this new river-sea route is more cost-effective and environmentally friendly.

“We can reduce carbon emissions by 17%, or 0.5 tonnes, per container, saving the customer an average 10-20% of the cost, compared with trucking, and bring the cargo to the destination 15% faster than rail, bringing our customers a range of benefits,” he explained.

According to Turkish government data, around $31.2bn in trade took place between Turkey, Russia and Central Asia last year, and the region accounts for 6% of Turkey’s exports and 9.6% of its imports.

Caspian exports and imports will be transhipped at DP World’s Yarimca terminal, which also aims to serve as a getaway for Russian imports and exports – last year Russia imported $17.8bn of goods from Turkey and exported $4.5bn.

Kris Adams, chief executive of DP World Yarımca, said: “The new Turkey-Caspian line between Turkey and the Caspian Sea makes the movement of goods more streamlined and less costly. With our knowledge of the trade networks between these countries, we are aiming to support our customers to be more competitive in these markets.

“With trade booming between these regions, the opening of a new sea route will undoubtedly be a boon to firms operating in these markets,” he added.