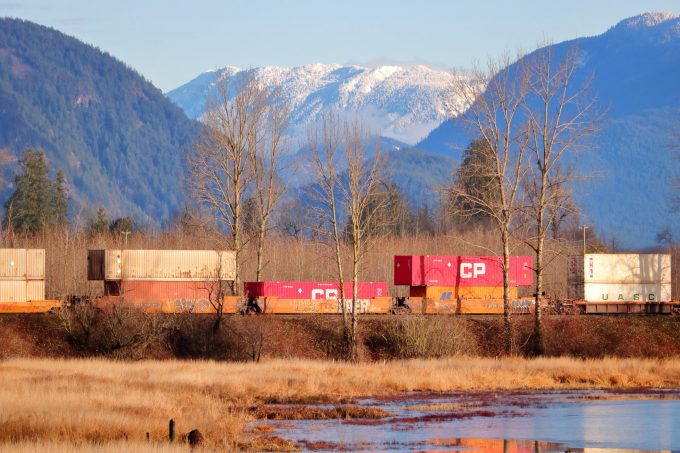 A train service between Vancouver and the Canadian interior is set to resume by midday Pacific time today, according to CP Rail.

The Class I rail company announced yesterday it was expecting to re-start operations between Kamloops and Vancouver, a section of line that had been knocked out by heavy rain and flooding that disrupted connections in British Columbia a week ago.

An atmospheric river rainstorm dumped nearly 200 millimeters of rain in two days on some areas in the Canadian province, and CP’s network was affected in 30 locations, 20 suffering significant loss of infrastructure.

“As we move from response to recovery to full-service resumption, our focus will be on working with customers to get the supply chain back in sync,” said CP president and CEO Keith Creel.

The Canadian National line was also severed by the storm, and it is unclear when CN will be able to restore service. Management has signalled that it expects repairs to be completed this week.

Meanwhile, road transport is slowly resuming in the stricken areas. Sections of major highway have re-opened for essential travel, which includes commercial transport. However, some major arteries are expected to take weeks to be fully repaired.

A working group has been established that comprises several federal and provincial government departments, the port and airport authorities of Vancouver, several logistics industry bodies and the two Canadian Class I railways. The group is tasked with developing options for contingency transport and logistics, and will advise on the best routes and use of limited capacity, balancing community needs and national economic interest.

The restoration of rail services is good news for the port of Vancouver, where the backlog of ships has increased in recent days, as no containers could be moved from the port to the interior. By yesterday afternoon, 43 ships were at anchorage, including six container vessels.

The port authority’s dashboard yesterday showed average container dwell times of 5-7 days at three out of its four container terminals, with 3-5 days at the fourth facility. This week, 19 vessel calls are scheduled, bringing in 73,527 teu.

By most estimates it will take weeks to clear the backlogs, and further disruption is possible. Weather forecasts predict more heavy rain for the area, causing concern about more landslides, as the ground in the mountainous and heavily wooded area is saturated.

Some relief is coming from the air. Air Canada has boosted its airfreight capacity in the Vancouver market by 586 tonnes. It is adding altogether 13 all-cargo flights connecting the city with Toronto, Montreal and Calgary, and has replaced smaller passenger planes serving Vancouver on domestic routes with A330, B787 and B777 widebody aircraft.

These flights are scheduled to run until the end of the month.

“These aircraft will help move mail and perishables, such as seafood, as well as automotive parts and other industrial goods,” said cargo VP Jason Berry.

The airline is looking to add some regional cargo lift through regional partner Jazz Aviation by converting a De Havilland Dash 8-400 passenger plane into a special freighter that can carry 8,200 kg of cargo. It will go into service this week the airline indicated.

Canadian retailers that have goods coming into the country through the port find themselves in a desperate race against the clock to get their imports on the shelves in time for Cyber Monday, on 29 November.

They have already lost precious ground. Some retailers, including Walmart, have already kicked off the seasonal discount frenzy this week.

CN drops out of race for KCS, leaving CP to merge with the US Class 1 railway

All eyes are on where Tim Strauss, now-former CEO of Amerijet, will go next. Mr Strauss, ...

Canadian Pacific (CP) has its nose back in front of rival CN in the quest ...