News / Fire-damaged boxes off the Yantian Express, but shippers must wait for intact cargo 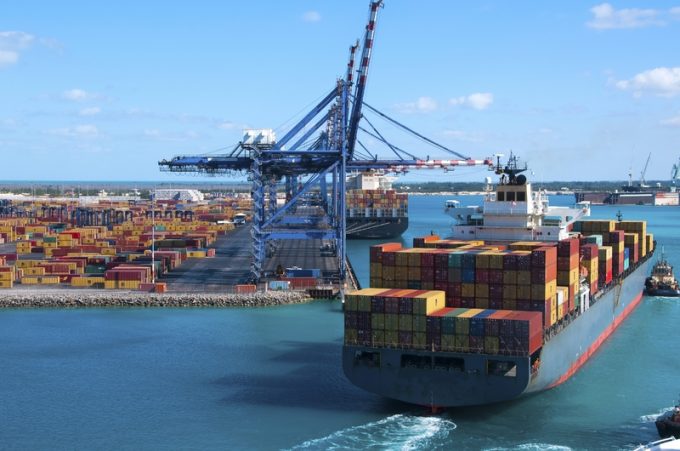 All damaged containers have now been unloaded from the fire-stricken Yantian Express, Hapag-Lloyd and Ocean Network Express (ONE) have advised shippers.

That is earlier than they had previously been advised – a week ago, Hapag-Lloyd said it would take until next month to discharge and inspect the damaged boxes.

However, in a customer advisory this week it said: “We are pleased to report that all containers in the fire impacted areas in way of cargo holds 1 and 2 (on and under deck) have been discharged from the vessel.

“All customers whose containers have been discharged and are ready for on-carriage have already been informed, and we are currently working on a solution to tranship those containers, which cannot be reloaded back on the vessel.”

The vessel is at the Bahamas facility of Freeport, towed in by ocean-going tugs after the fire had been brought under control in January.

General average was declared on 28 January, but it appears the vessel will have to move to another port before boxes unaffected by the fire can be unloaded.

The carriers advised that the Yantian Express would depart Freeport once repairs are finalised.

“However, the final port of call for the vessel is still to be nominated and we will advise further on this aspect.”

The fire broke out in a container while the ship was en route to the Canadian port of Halifax. The blaze spread to other boxes and heavy weather rendered the crew’s fire-fighting efforts fruitless, forcing them to temporarily abandon ship.

The 2002-built, 320-metre vessel sails under a German flag in THE Alliance’s East Coast Loop 5 (EC5) service, which connects South-east Asia with the east coast of North America via the Suez Canal.

Specialist supply chain insurer the TT Club last week estimated that a major containership fire at sea occurred, on average, every 60 days – but in the space of just two and half months this year, there have already been four “major cargo-related fire incidents”.

Egyptian judge rejects appeal for release of Ever Given

Rather predictably, there’s more misery in store for shippers and forwarders with cargo onboard the ...

Ever Given General Average In the dock Suez
May 5, 2021• 0 Comments• Share

ILA sues after non-union labour unloads containers at new US terminal The US east coast is ...

At the ‘intersection of greed, opportunism and sustainable trade’.