Finite port resources can be stretched with dynamic digital developments 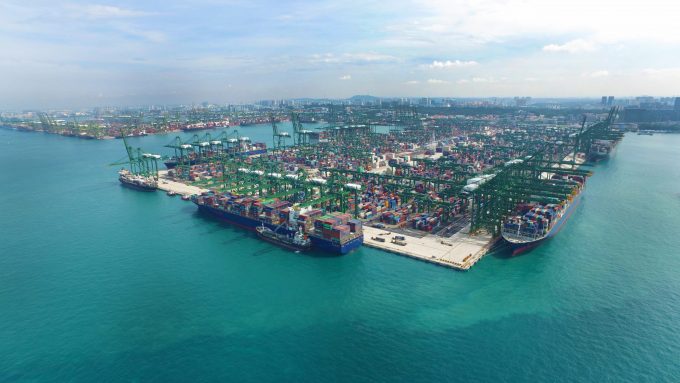 Port infrastructures are finite resources that, when used at their limits, become easily disrupted. Recently, at the US west coast ports of Long Beach, Los Angeles and Oakland, vessel waiting times reached extraordinary levels, with some of the largest ships waiting nearly three weeks to get a berth. 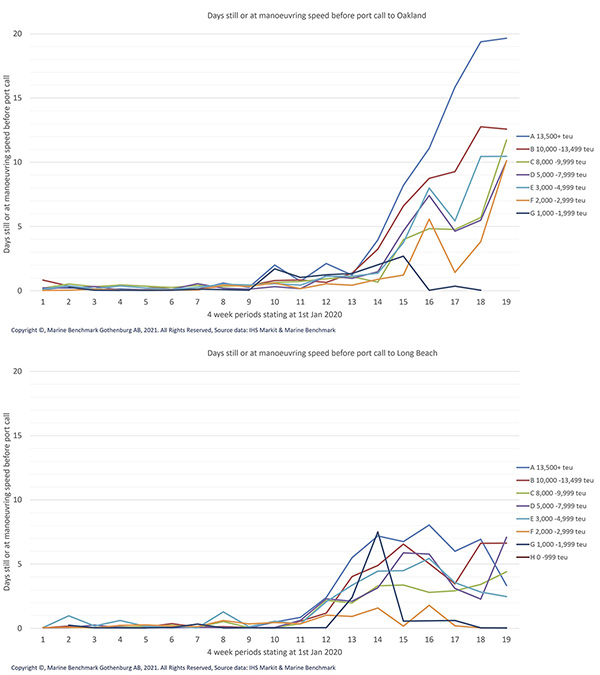 Globally, congestion in capacity-constrained ports will continue to occur. The disruption in the container port system in southern China, like in the US west coast ports, is another recent example. Due to the fundamental nature of global maritime trade, congestion travels across intercontinental supply chains, where for example the congestion on the US west coast will be relieved by the emerging congestion at south China ports but will bounce back to the US when the Chinese ports are operating at full capacity again. Record high freight rates reflect the current situation in the maritime sector.

This is a call for an expansion of the just-in time (JIT) arrival approach to incorporate a slot management concept that includes a dynamic view and management of JIT arrivals and departures.

Ship behaviour at chokepoints
During the congestion in Oakland, a large number of ships waiting to berth have been steaming in circles outside the port. The port rotations covering Long Beach and Oakland with a usual travelling distance of around 385 nautical miles (NM) between the two ports peaked at an average voyage distance for the larger container vessels of more than 1,600 NM (see graph in figure 2). 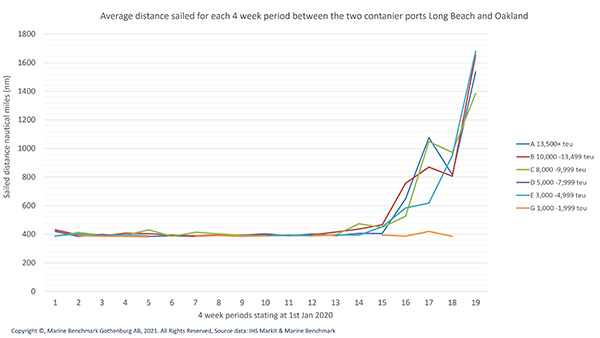 Figure 2: Actual distance travelled between Long Beach and Oakland
(for 145 ships on 322 voyages from Long Beach to Oakland between 1 January 2020 and 13 June 2021) 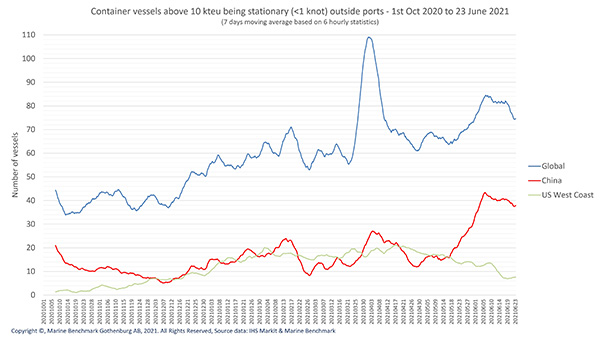 Figure3: Number of containerships being stationary outside ports globally and outside China and US west coast ports between 1 October 2020 and 23 June 2021

Slot management eases congestion
The maritime sector is putting increasing focus on seeking opportunities from digitalisation that can enhance co-ordination and synchronisation in the self-organised ecosystem of the maritime supply chain network. One promising initiative is the introduction of virtual vessel arrival and standardised data exchange for JIT arrival promoted by numerous stakeholders associated with the maritime industry. However, JIT limits itself to a port to ship interface and could result in a one-sided port view which may cause concern for shipping lines particularly during times of port congestion.

To overcome this and provide a more open management environment, we propose an expansion of the JIT arrival concept to incorporate a slot management concept that includes a dynamic view and management of JIT arrivals and departures. This would rely on shared data providing a common situational awareness for all involved actors of up-to-date progress and planning information on queues and waiting times associated with ports as maritime chokepoints. Such data sharing between all the actors involved in the port call process is already underway through the initiatives of port collaborative decision making (PortCDM) and port call optimisation.

Slot management processes are widely used in many if not most other industries including aviation, land transport delivery, and even doctors’ appointments. However, unlike most other sectors, time slot management used for port calls must be particularly dynamic and capable of accommodating adjustment for the longer length of journeys involved and the likelihood of unpredictable changes such as weather, breakdown, delays in intermediate ports, and so on.

Figure 4 shows a number of typical time slot scenarios for the maritime supply chain. Scenario A is when the time of departure from the previous port enables just-in-time arrival at the subsequent port, possibly allowing for optimal steaming speed to destination.

When there are delays in departure time from the previous port (B in figure 4), also causing challenges for subsequent visits by other ships to that previous port, there are two options for a ship with respect to its destination port; either increase the speed of transit (option B1) to the next port or agree to a new slot time with the port of destination (option B2) and then travel at the speed originally planned or at an adjusted speed.

When the infrastructure is constrained at the port of destination (C in figure 4), the following alternatives arise:

Introducing slot management underpinned by data sharing means that ships and ports can continuously share information on anticipated arrival and departure times. This is the basis for improving the management of delays and congestion along the maritime supply chain. It provides an open, data sharing environment where all parties can share a common situational awareness, make their plans accordingly and understand the impact on others. This is something that does not appear to occur regularly at present.

The maritime industry will benefit from managing uncertainties as they come with high costs for the entire supply chain network as the current surge in ocean container freight rates demonstrates. Acknowledging both the predictability of arrival and departure times will help the industry to move from the sequencing based on physical presence to virtual coordination to make an important step into an increasingly managed future.

The full version of the article can be found here.

Communication is key in the logistics business and making sure you understand each other is ...

In the biological world, many species have symbiotic relationships, mutual dependencies, with other species to ...