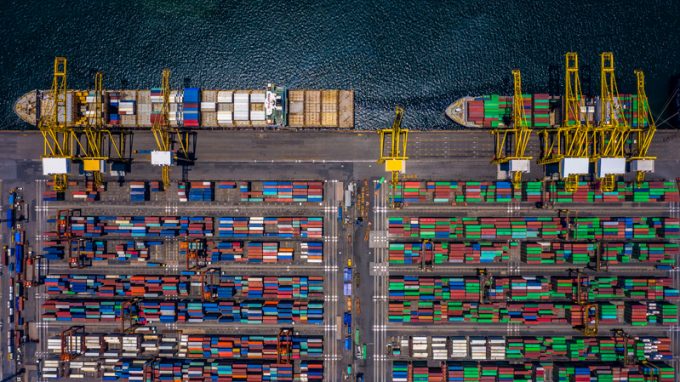 Container spot rates from Asia to Europe and the US soared in the final weeks of 2019, boosted by tightening supply and low-sulphur surcharges.

According to the latest Shanghai Containerized Freight Index (SCFI), rates to North Europe have jumped 19% since 20 December, and to US west coast ports they have risen 22%.

Space on ships bound for Europe is at a premium ahead of Chinese New Year, on 25 January, and carrier sources tell The Loadstar they are ‘rolling’ containers for North European ports, but shipping “most” of their contract cargo.

Spot rates for North Europe, recorded by the SCFI, are currently $1,124 per teu, and are expected to increase again this week as shippers scramble to get containers away before the Chinese holiday factory shutdowns.

Rates for North Europe are some 13% higher than a year ago, although short-term prices now include carriers’ low-sulphur fuel surcharges to compensate for the higher cost of fuel to comply with the IMO 2020 0.5% sulphur cap that became law on 1 January.

Meanwhile, rates to Mediterranean ports recorded a more modest 8% increase, to $1,185 per teu, but are nevertheless some 19% higher than a year ago.

The strong finish to the year was also good news for lines negotiating annual contracts. as shippers try to nail down the ‘best possible’ new deals with their nominated carriers.

“We have had to bite the bullet on increases for 2020,” one UK forwarder told The Loadstar recently, “and we have also had to swallow the new BAFs, but at least we can assure our customers they will get their containers when they want them, and not several weeks later.”

Notwithstanding the apparent success in securing new BAFs, carriers – particularly those more dependent on low-sulphur fuel – will need to ensure that they continue to recover sufficient amounts in the fuel surcharges.

The difference in price between 3.5% sulphur content HFO (heavy fuel oil) and the IMO 2020 maximum 0.5% sulphur content LSFO (low-sulphur fuel oil) has settled at roughly $300 a ton, or double the cost of HFO, and this ‘spread’ is forecast to increase if tensions in the Middle East escalate.

Meanwhile, carriers also made some decent gains on the transpacific, especially from Asia to the US west coast where the SCFI recorded a significant 22% leap in spot rates over the Christmas period to $1,636 per 40ft. For US east coast ports, the SCFI recorded a 15% jump to $2,808 per 40ft over the two weeks.

A similar scenario of cargo rush prior to the CNY holiday is also being played out on the transpacific where some carriers have reportedly reactivated some previously blanked sailings.

In its weekly report, the Ningbo Containerized Freight Index (NCFI) says: “Although some of the previous suspensions have been re-operated, space remains tight.”

Carriers on the route have also been heartened by the apparent thawing of the US-China trade war. Although the full details have so far not been disclosed, President Trump’s tweet on 31 December offered some encouragement to the tradelane stakeholders. He said he would be “signing our very large and large and comprehensive phase one trade deal with China on 15 January”.

The president said the signing ceremony would take place at the White House and, “at a later date”, he would be travelling to Beijing for talks on phase two.