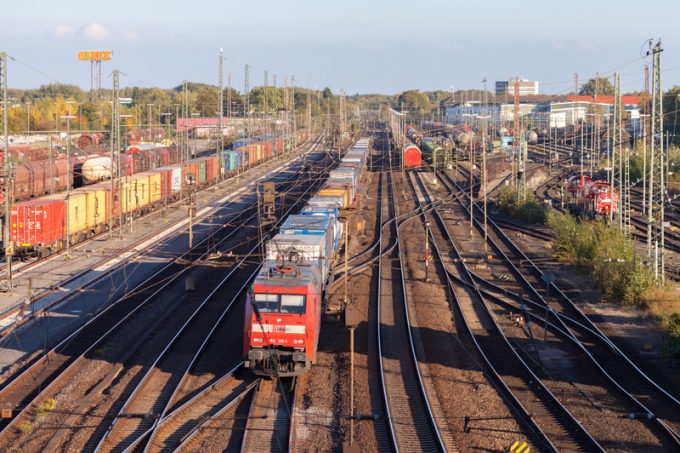 The comments by Transport Commissioner Violeta Bulc to the European rail freight sector that “rail accounts for 73% of European transport funding but accounts for under 12% of modal share” is a timely wake up call to the industry and member states.

And the commission’s annual rail freight conference in Vienna on 7 December provided a very useful reminder of what the railways across Europe are failing to do.

Although this refers primarily to freight, passenger trains generally run on the same tracks and, outside regions and urban services, often suffer from the same unreliability as freight. Both are in competition with road and air – for cost, for reliability and convenience.

The length of journey of many rail freight services in Europe should give rail a competitive advantage over road, but the rail market share is very bad, except in Switzerland, where road transport restrictions benefit rail.

The performance and arrival times of many freight services is often 60-70% on-time – this is much worse than road, even when the rail services are not disrupted by track closures as happened at Rastatt in Germany in August, where some 200 trains a day were disrupted for six weeks.

This meant that customers’ cargo did not arrive when expected.

I do not yet know how many customers have abandoned rail for good, but who can blame them, when – on this heaviest-trafficked of all corridors – there were few suitable diversion routes available; where there were continually stupid arguments about whether the French or German language should be used at frontiers; where there were few drivers with the necessary route knowledge; and where the infrastructure managers appeared less than fully concerned and willing even to cut the odd corner to keep the trains running?

Did DB Cargo ever complain to DB Netz about Rastatt? Probably not, because DB Cargo appears to have been given more priority on the few diversion routes available than other operators.  Communications were sadly lacking, especially between SNCF and DB. Such delays could bankrupt private companies – and no doubt the incumbents will fudge it and hope to forget just what a disaster it was to the sector.

Delays often cause passengers to take an earlier train or go by car instead, but one often gets the impression that the railways don’t care. It is easy to blame a signalman, a late-running freight train or even another operator (if there is one). In the UK, an operator recently apologised for a late running train caused by “too many passengers”!

However, in the UK both passenger and freight train performance is generally better, with on-time targets of 95% being achieved, which may be due to the system of penalties imposed by the regulatory body on train operators and infrastructure providers if they cause delays to others. It certainly works, and incentivises all parties to perform their best.

The European Rail Freight Association (ERFA) and now the Alliance of Rail New Entrants (ALLRAIL) are together fighting hard for better service quality, reliability and customer services across Europe to match or beat road and air competition. The EC has done its best to create a programme of liberalisation but has been held back on numerous occasions by member states listening too hard to their state-owned railways and preventing change, while, at the same time, paying more and more into the inefficient bottomless pits that are these massive monopolies.

Given the wish of member states and the commission to reduce air pollution, and the road traffic congestion that causes so much of it, 2018 provides the opportunity to rebalance the road/rail funding and traffic volumes. However, to achieve this, the all-important rail customers will need to be convinced that any change brought about by the railways themselves or their paymasters – the member states – will bring about the necessary improvements to reliability, service quality and costs that they want and have a right to expect.

A focus by the rail sector on customers would be a good start. Customers include all those who facilitate passenger and freight journeys, and competition generally incentivises better customer service as a means of increasing business and profit. For example, on routes where there is competition in Italy, Austria and Czech Republic, average passenger fares have dropped 25-41% and passenger demand risen 80-100%.  Compare this with France where there is virtually no competition and where demand has dropped by 5% a year since 2011.

Where there is competition in the freight sector, those who give the best service at competitive prices see their businesses grow, except when the competition is not fair or they are blocked by the vertically integrated incumbents.

Is there another solution to prevent freight and many passenger services just fading away? If European railways want to survive and even prosper, how can fair competition help drive service quality and more competitive pricing to grow the businesses?

Here are a few key steps:

Sadly, there is little evidence that change is on its way – at the moment, just more talking is effectively a means of delay. Is it not time that the railways, and their managers and the member states resisting change, stopped behaving like spoilt, spoon-fed children and grow up to the world of hi-tech business which expects cost-effective performance with a ‘can-do’ approach incentivised by competition and customer service?

The sector and its political masters must confront the question: “Do we want rail to survive and grow, or wither as the canals did 150 years ago?”