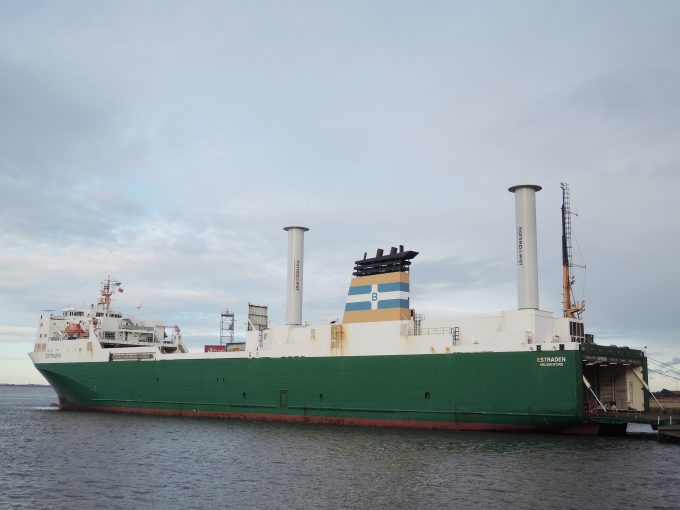 A flettner rotor system uses a spinning cylinder to convert wind force into thrust that helps propel a ship.

The ETI is a public-private partnership between global energy and engineering companies and the UK government and acts as a conduit between academia, industry and Whitehall to accelerate the development of low-carbon technologies.

In its report HDV Marine Insights, the ETI says non-fossil fuels, including nuclear, don’t present a credible power source in the medium-to-long-term to cut the industry’s emissions, which the International Maritime Organisation (IMO) forecasts could increase 250% on 2011 levels by 2050.

The IMO said that reducing fuel consumption, rather than trying to eliminate fossil fuels altogether, was more a plausible way for shipping to reduce its emissions.

Stuart Bradley, ETI strategy manager and the report’s author, told The Loadstar that a combination of flettner rotors, waste heat recovery and high-efficiency propulsion systems could result in 30% fuel saving, to which flettner rotors could contribute 17%.

“Shipping emits significant amounts of CO2 which, without intervention, will rise as a proportion of our national emissions as other sectors become less carbon dependent,” said Mr Bradley.

“Unlike the power and heat sectors and other forms of transport, there does not seem to be a credible alternative to fossil fuels to power vessels. So in the medium-to-long-term, the best potential to achieve substantial CO2 reductions is by reducing fuel consumption.”

The Netherlands’ University of Delft also released a report, commissioned by the EC, on wind powered systems that suggests flettner rotors could save as much as 23%, depending on speed.

Its report, Analysis of Market Potentials and Market Barriers for Wind Propulsion Technology, says four barriers would have to be overcome for any system to succeed: carriers must be able to retrofit the technology to ships; the system must offer cost efficiencies; the shipowner must be assured of these efficiencies; and shipowners must be able to finance the acquisition and installation of any system.

Mr Bradley agreed, saying the technology must be demonstrable if the industry is to have the confidence to make the required investment.

Gavin Allwright, secretary general of the International Windship Association (IWSA), told The Loadstar that Finnish operator Viking Line’s decision to retrofit two Norsepower rotor sails – an update on the flettner rotor – to one of its cruise liners indicated the industry was coming to terms with wind-powered systems.

The deal was announced this week, and Ulf Hagström, senior vice president, marine operations & newbuildings, at Viking Line, said: “Our cruise vessel is the first to use a combination of alternative clean fuels, modern rotor sails, electric propulsion and a hydrodynamically optimised hull. We believe the technology’s ability to enhance our ship’s performance by enabling significant reductions in fuel burn and costs, as well as carbon emissions.” 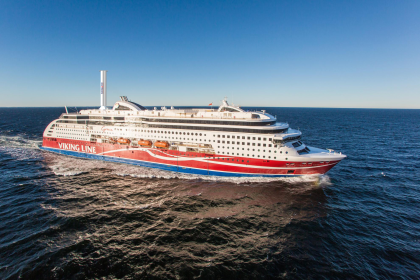 Mr Allwright added: “It seems the market has already decided there is a place for flettner rotors, and this follows increased viability for the technology in recent years with ships in operation and expectations for further commitments and orders over 2017,” he said.

“Enercon’s E-Ship 1 has been at sea for seven years, this ship was not retrofitted but built from scratch with four flettner rotors, and although the firm put further development on hold – the executive behind it being ill – it has claimed fuel savings of 15%.”

Last year, ETI sought proposals from companies for the development of a flettner rotor system that could deliver fuel savings of at least 10%.

Next, ETI will look to identify the costs involved in development and will move forward with select firms to deliver a full-scale demonstration on a large, internationally traded ship in the next three years.