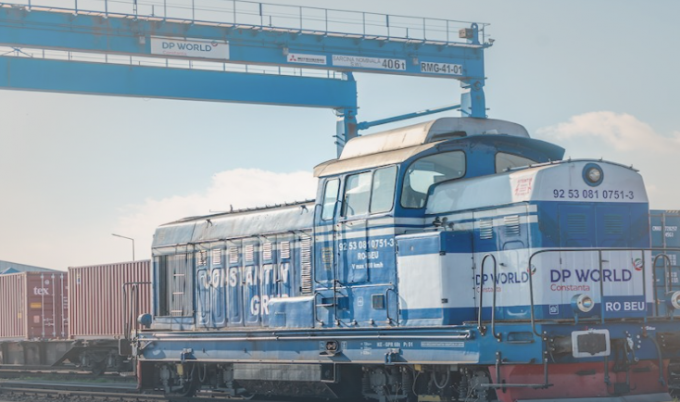 Dubai-based port and logistics group DP World has established a rail link out of Ukraine to the port of Constanta with a view to alleviating pressure on lorry drivers, as well as helping to free the Romanian port from congestion.

Since the war in Ukraine began the nation’s Black Sea ports have been blockaded by the Russian military, preventing all movement of goods until the recent agreement to move grain in bulk was agreed. Most cargo was redirected via truck to Constanta where, Ukrainian consultancy Informall BG said it was consolidated. In addition, any Ukrainian vessels not caught in port were redirected to Constanta adding to the congestion.

The sudden influx of Ukrainian freight left Constanta with major congestion problems with container yards overflowing and warehouses full. Moreover, truck drivers were driving around 600km extra to deliver goods in a time-consuming and inefficient delivery of goods at Constanta.

In an effort to relieve pressure on the Romanian cargo gateway DP World is linking Constanta with a newly authorised terminal at Dornesti, south of the Ukraine border with Vadul-Siret, some 15km inside Ukraine.

“We developed this intermodal terminal to help reduce the occurrence of the significant congestion problems we faced in our Constanta maritime terminal. Additionally, we will now be able to provide uninterrupted operations to the Romanian imports and exports irrespective of big volumes of transit cargo, Cosmin Carstea, CEO of DP World Romania told The Loadstar.

Freight can be delivered by truck to this rail head before being moved over the border to Dornesti, which has both Russian and European gauge rail track and is, therefore, linked to the entire Ukrainian and European rail networks.

DP World’s Dornesti terminal began operating this month after the customs bonded warehouse regime was approved by the Romanian Customs Authority. The Dubai-based company is working with an existing service provider in the region to provide staff at the Dornesti terminal.

Informall analyst Daniil Melnychenko explained to The Loadstar that DP World’s Dornesti terminal is spread over 2.5ha and includes a bonded warehouse and static storage space for 2,500 teu.

“Dornesti has a bonded warehouse and can consolidate cargo on site, but the system means that Ukrainian drivers can save fuel and time as well as relieving some of the pressure on Constanta port which is over-flowing with cargo,” said Mr Melnychenko.

According to Mr Melnychenko, Ukrainian truckers will not only save on mileage but will no longer have to wait up to seven days to pick up or drop off cargo at the port.

“The Dornesti terminal is part of our strategy in Romania to develop a network of ports, intermodal terminals and warehouses to deliver sustainable, safe and efficient logistics services,” said Mr Carstea.

With up to five trains a week, in both directions, each carrying 50 containers the trains will take a maximum of 36 hours travelling between Dornesti and Constanta.

“We expect that this terminal will reduce the transport time by at least 50% and will reduce the number of necessary vehicles on roads and will also decrease congestion in the port of Constanta,” said Mr Melnychenko.

However, Informall has raised questions over whether the Vadul-Siret-Dornesti-Constanta rail service will be capable of handling five trains a week in each direction.

Mr Carstea pointed out that DP World is, initially at least, offering “up to five trains weekly” from Dornesti, and that this “will ultimately provide a faster and more efficient transit of goods to and from Constanta”.