News / Dover could cope with a 50% increase in processing times, post-Brexit, report claims 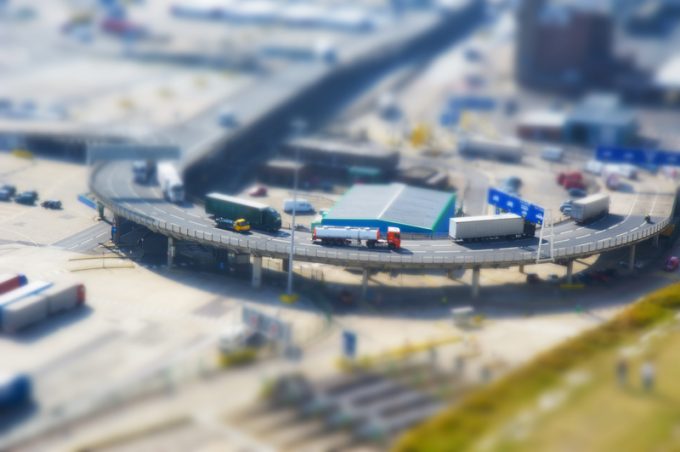 Predictions of miles of truck queues in the approaches to Dover after a hard Brexit are numerous, but a new report from Drewry Maritime Advisors claims the UK ro-ro gateway has considerable spare capacity.

The report calculated the port capacity of Dover, with current and predicted customs capacity and the vessel capacity of the two ro-ro operators, DFDS and P&O Ferries, and concludes that operations at the port could continue relatively unhindered if processes, dwell times and Calais port times increased by 50%.

However, it adds that this would not include peak times, which would “require management”. And if times were to increase above 50%, shippers, forwarders and hauliers could face serious congestion.

It argues that the port capacity of Dover – seven berths and the ability to handle 12,000-14,000 vehicles a day – would likely be sufficient to handle anything up to a 50% increase in processing times.

However, it warns that Dover would have to retain its highly efficient vehicle check-in times: “Dover port throughput capacity would be constrained in the event of a doubling of check-in time from the present two minutes to four minutes.”

What is more vulnerable however, and beyond Dover’s control, is vessel capacity – a combination of the amount of cars and trucks the ferries can carry and the number of ferries deployed and sailing frequencies – currently around 4,700 trailers a day on 12 vessels, with a daily average of 50 sailings. On average, DFDS and P&O Ferries carry around 3,600 trailers a day.

“If vessels were delayed in French ports, the number of sailings would fall and trailer capacity would be reduced. An increase of port time in France to two hours would leave enough capacity overall, but some congestion would likely at peak times.

“An increase of port time in France to three hours would reduce capacity to average daily demand, leading to significant congestion,” says the report.

In response to the report, a statement from Dover Harbour Board said: “The Port of Dover is the freight market’s clear preference and will continue to be so – it delivers unrivalled speed, flexibility and capacity.

“Brexit will not change geography and with virtually half of all of the UK’s roll-on roll-off freight enjoying the advantages of Dover, re-routing even a small amount of traffic will not work and likely require additional investment of up to £2.5 billion (Oxera) to even attempt it.

“The Port of Dover has been working with the government for many months to design new customs processes that will facilitate the flow of this traffic even in the event of a no-deal Brexit.”

To find out more about Brexit and its effects, come to The Loadstar Live Brexit Breakdown in Rotterdam, on June 19.