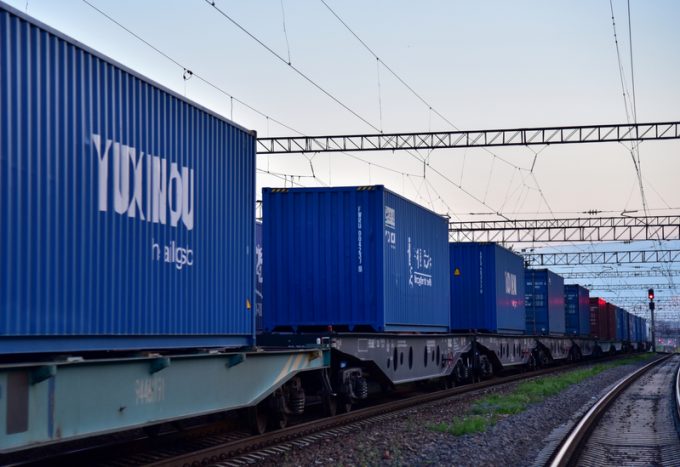 China-Europe rail freight is continuing to benefit from the overstretched container shipping market, with pockets of demand now emerging in south-east Asia.

According to China’s National Development and Reform Commission, Silk Road train trips increased by 24% year-on-year in April to 1,218 – a 33% increase in volumes to 117,000 teu.

“The number of trains departing China are constantly growing,” he said.

“Ocean terminals have been heavily congested since last year, and we are still seeing huge delays for ocean freight.

“There’s also been more and more blank sailings, with some announced this month from THE Alliance, for example, so we’re seeing a high spike in demand for rail.”

The demand is spreading to less traditional rail origins, too. For example, Mr Reichel said Crane is moving cargo via rail from Japan, Korea and Vietnam.

“Now we’re having quite a few requests also to connect Thailand and other countries in south-east Asia,” he said. “This would move either via short sea or by truck, to China, depending on the origin location. At this point I would say everyone is looking into every direction – even Australia is becoming of interest.”

Another new rail route gaining popularity is ocean-rail via the Russian port of Vladivostok, where trains can travel direct to Europe without any additional border crossings.

Mr Reichel explained: “In China, it is still not allowed to move dangerous goods via rail, so Vladivostok is a good option to cater to cargo such as batteries.”

Another advantage of Vladivostok is to circumvent the increasing rail freight congestion in China, he noted.

“Unfortunately, we are seeing unreliable rail schedules because China Railway has announced restrictions on departures, with some terminals limited to 120 rail wagons per day. The main reason for that is the high congestion at the border crossings – we are seeing congestion of seven-to-10 days at the moment, so they are restricting the flow to prevent a worsening bottleneck and pressure on customs points.”

“The main railways only carry 40ft high cubes, as the rail cars have the exact dimensions to carry one 40ft container. You used to be able to move 20ft containers, but these days everyone wants to utilise the rail car as much as possible.

“So a 20ft container will be dropped at the terminal waiting for a second one to come along. And even moving two 20ft containers in a pair has been stopped, mainly because of the congestion and additional work for the terminal to reload the containers,” he said.