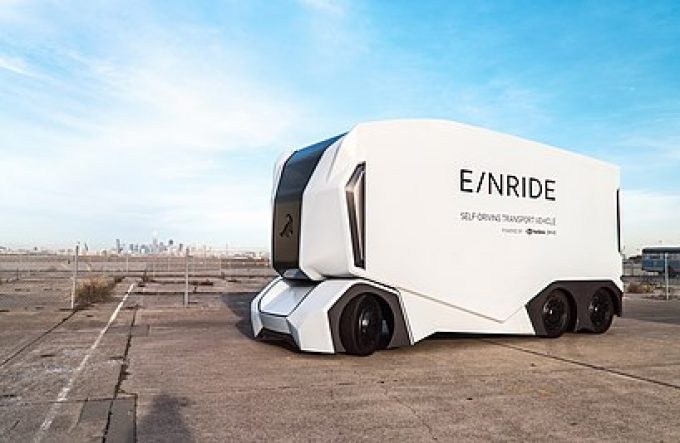 Sweden’s government has approved a pilot phase for autonomous electric trucks on its roads, as it seeks to tackle increasing pollution.

Developed by Swedish start-up Einride, the T-Pod truck will commence daily trials between a DB Schenker warehouse and terminal facility this spring.

Chief executive of Einride Robert Falck said: “Heavy road transport is responsible for a substantial part of global CO2 emissions. The pilot in Jönköping is a small but important step towards a sustainable transport system.

“The permit from the Swedish Transport Agency (STA) is an important testimonial to the safety of the solution.”

While only covering a small stretch of public road, and using low vehicle speed, the test marks the first success of the partnership between DB Schenker and Einride.

The two companies reached a deal last year, which includes an agreement to trial vehicles developed by Einride for DB Schenker operations in Sweden and internationally.

“With Einride, we’re able to bring autonomous fully electric trucks to a continuous flow on a public road – a milestone in the transition to the transport system of tomorrow.”

In November, the logistics operator installed the world’s first autonomous electric truck facility, at the site in Jönköping. And, following a site visit last week, the STA gave final approval for the pilot process on Monday, with the permit valid until the end of next year.

M&A radar: A Mærsk minority in DB Schenker – how does that grab you?

Crafting the deal of tomorrow