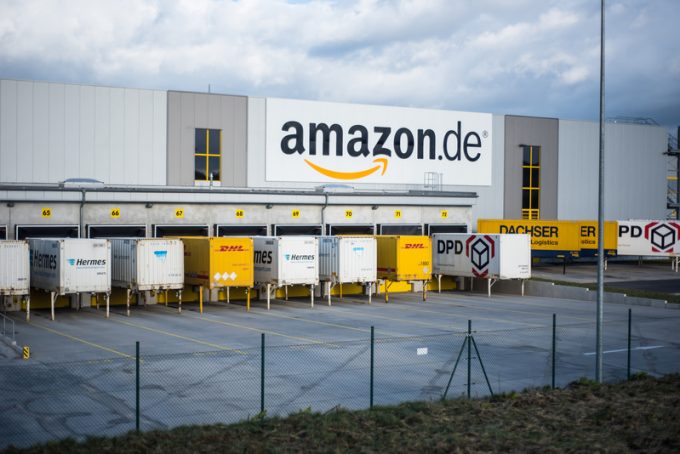 One of the world’s most important tech investors has told the logistics industry that there is little cause for its incessant worrying about the emergence of Amazon as a third-party logistics provider.

At last week’s TPM conference in Long Beach, managing director at start-venture capital firm Felicis Ventures, Wesley Chan, said he doubted that few shippers would want to hand over the sort of product data they would need to if employing Amazon as their freight forwarder.

Mr Chan developed the Google Voice and Google Analytics applications for the search engine giant and was later a managing partner at the company’s start-up investment firm, Google Ventures.

Last year, Amazon China was awarded an NVOCC licence by the US Federal Maritime Commission, which allows it to issue bills of lading to shippers, but also means it also needs to collect a range of product data on the goods being shipped.

Mr Chan said this was a case of “the fox getting into the henhouse”.

He said: “When I was at Google, we tried to get into finance and it never worked out because people didn’t want Google to have that information.

“For the same reason, if I tried to launch Google Analytics now, it probably wouldn’t succeed and I suspect that Amazon will have the same problem.

“It is a ruthless company – and well known for being one, especially for using data that might harm its competitors.

“And importers understand that; they just don’t trust them with all that product data. I think that means there is still plenty of room for freight forwarders,” he said.

Mr Chan was a key investor in freight forwarding start-up Flexport, which has raised tens of millions of dollars in successive funding rounds, and said there were a number of characteristics of the logistics industry that had interested him.

“Firstly, it’s huge; secondly, because of its global nature there is the possibility of a significant network effect that allows you to reach lots of people quickly; and third, it was almost untouched by the web. It blew my mind that all that information was still being done on paper, and if you could capture just 1% of a $9trn industry, you could IPO on that alone.”

However, he also recognised the challenges face by logistics start-ups.

“It’s an industry that needs expertise and people don’t trust start-ups to have that expertise; the second thing you need is scale, and that is difficult to get.

“That said, expertise can be bought and scale can be built,” he added.

However, his views found an unlikely ally this this week in the form of British International Freight Association director general Robert Keen, who once again underlined the flexibility and adaptability of forwarders.

“Freight industry supply chains are highly complex and multi-layered. I find it hard to believe that there is an algorithm out there which can successfully absorb, understand and counter all the challenges that our members face on a daily basis.

“How, for example, does an app react to freak weather and negotiate customs issues?

“Freight forwarders are often described as the ‘architects of the supply chain’, and for good reason. They understand the intricacies of the mosaic-like supply chain frameworks that exist and, most importantly, many of our members over several decades have acquired knowledge, experience and agility that the tech start-ups will find almost impossible to match.

“How will they cope, for instance, when a truck carrying expensive and time-sensitive cargo breaks down? Who will arrange for a replacement truck?  And who will guarantee the load? Many of these questions cannot be suitably solved by an app alone.”