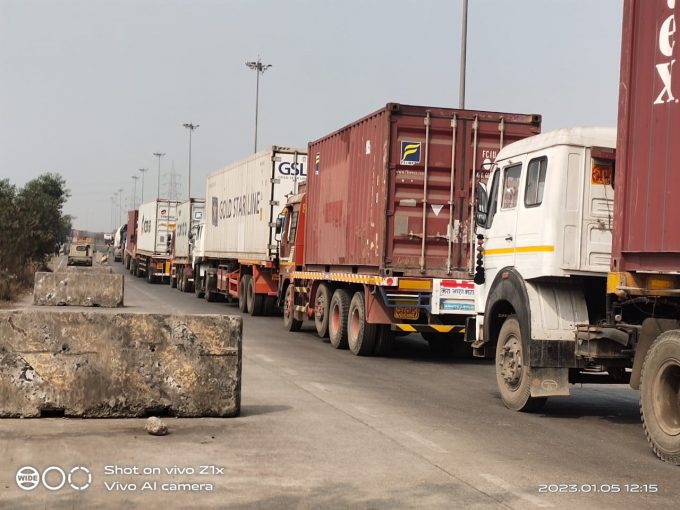 Form-13 verifications typically delay truck flows and, in turn, cause congestion in the harbour.

Customs said LEO permits would only need to be produced when trucks leave a parking space, including for reefer boxes, hopefully streamlining movements.

“This practice is aimed at ensuring that the containers move directly to the port terminal after exit from the centralised parking plaza,” the decree said. “The movement of containers/trailers for exports should be planned by exporters in such a way that they reach the port closest to the possible date of vessel shutout with some additional time to avoid the eleventh-hour rush.”

Form-13 pre-submissions via an integrated online system – covering details of the vehicle and driver, container numbers, seal details and shipping lines – have been a pre-requisite for gating-in cargo for LEO clearance. Truckers found to have mismatched information often had to face gate-in delays, clogging the movement of cargo across the terminals.

The change ostensibly stems from shipper complaints that the procedure of wheeling laden containers for customs gate-in permits was causing delays and extra costs.

“The revised procedure for issuing LEO certificates is a positive step, and we had been pushing for it,” a Nhava Sheva transporter told The Loadstar.

Nhava Sheva terminals have had to deal with intermittent truck build-ups in recent weeks, a concern rooted in slow roadworks under way at the harbour.

As part of automation efforts, customs at Nhava Sheva in the past lifted a procedure requiring truckers to present gate-in permits issued electronically in hard copy form for export shipments.

The DPD mode already covers a significant portion of Nhava Sheva’s imports that can be cleared directly from the wharf within 48 hours of landing. According to port data, DPD volumes out of all terminals in Nhava Sheva stood at 66% of laden imports from April to November, while DPE loads made up 45% of factory-stuffed exports in this period.

With the completion of terminal privatisation, JNPT could see heightened competition among terminal operators, with the potential for higher productivity levels and pricing advantages for carriers.

At the same time, it remains to be seen how privatisation and infrastructure improvements will help Nhava Sheva fend off aggressive efforts by Adani Group’s Mundra Port to poach its business.