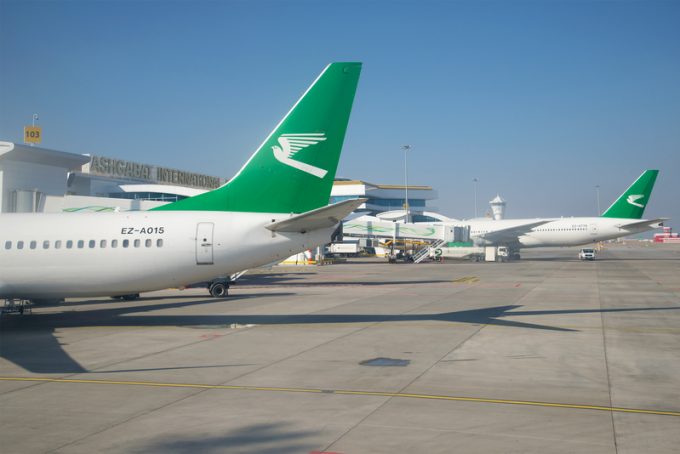 Authorities in the country have given Coyne Airways a licence to sell Turkmenistan’s jet fuel at four airports: Turkmenbashi in the west; Dashoguz in the north; Ashgabat in the south; and Mary in the east.

Flights in the corridor over Georgia, Azerbaijan and Turkmenistan have increased from about 150 flights a day to more than 2,000, according to FlightRadar24. Avoiding Russian airspace is adding two to three hours’ flight time  – which not only increases fuel consumption, but also costs such as ACMI, which can be $8,000 an hour.

“When we factored-in a stop in Turkmenistan, we realised you could save some $30,000,” explained Larry Coyne, CEO of Coyne Airways. 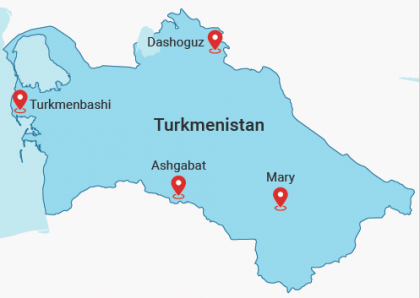 “Not all flights will need to refuel, but many freighters already stop in Bishkek or Almaty. Turkmenistan has cheaper fuel and is on a direct route to China. We looked at fuel prices in a basket of airports, and found it was between $200 and $250 cheaper. And airlines don’t have to deviate.”

The Turkmenistan airports are offering fuel from $850 a tonne, including delivery. They are also offering free landing and handling in Dashoguz and Mary airports for a limited time, and crews do not require a visa for a short stop.

Coyne calculated that a 75-tonne fuel uplift would cost about $94,354 at alternative airports in the region, but – factoring-in free landing at the two airports – a stop in Turkmenistan would cost just $67,429, whereas, landing at the other two airports would trigger a fee based on the aircraft’s MTOW. In addition, Coyne pays for the upfront deposit.

Coyne has worked in Turkmenistan for 27 years, establishing strong relationships in the country. Mr Coyne said: “We’ve worked together and over the years have bought some equipment for them, and chartered aircraft. Now we have signed an agreement allowing us to refuel carriers passing over the country. Turkmenistan is keen to get the income.”

Coyne said it was happy to work with carriers on a customised fuel quote. Jet fuel prices on 1 April were 137% higher than a year earlier, at $1247.54 per tonne, according to IATA’s jet fuel monitor.