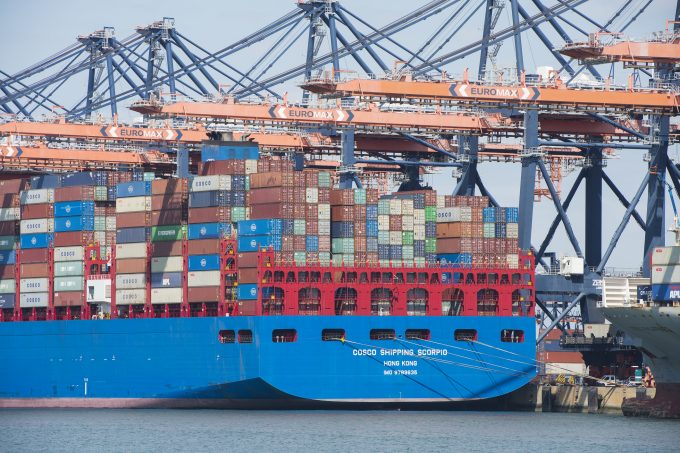 As the containership charter market begins 12 to 24 months of virtually zero tonnage availability, ocean carriers are on a last-ditch mission to charter new vessels.

But at the same time, they are anxious to protect ships they already have fixed from the interest of aggressive rivals by proactively opening extension negotiations early.

MSC, CMA CGM and Zim have been joined by Cosco in trying to turn the heads of shipowners with substantial daily hire offers for 36-month periods.

According to Alphaliner data, the Chinese state-owned carrier has agreed no fewer than eight new charters and five extensions in the past few weeks.

The charters, ranging from the 1,296 teu Trader to the 4,957 teu Jogela, were almost entirely fixed for 36 months, thereby guaranteeing the vessels will remain in Cosco’s fleet for the foreseeable future and, importantly, cannot be poached by competitors.

“This fixing spree follows a wave in June, which saw Cosco fixing and extending six classic panamaxes from Navios for periods of 36 months in the low $40,000 a day level,” said Alphaliner.

The consultant noted that Cosco had also extended two Costamare-owned ships, the 9,469 teu post-panamax pair Cosco Guangzhou and Cosco Ningbo, for periods of 36-39 months at $72,700 a day.

Putting these extensions into context, Cosco was previously paying $30,900 a day for the Guangzhou, and at one stage had reduced the hire to $16,000 during a period of overcapacity in 2017.

The fixing activity from Cosco is probably one of the ‘last hurrahs’ of carriers in their endeavours to secure more tonnage, given that any possibility of vessels becoming open this year and next will be frustrated by the longer charter periods and tighter delivery windows of the market, in the past six months in particular.

One broker told The Loadstar he had “mixed feelings” about the way in which the containership charter market had developed.

“It has been a great buzz concluding these deals and, with our charterers telling us to ‘fix anything that floats’, there has been very little delay for subjects from charterers for vessel suitability or inspections,” he said. “What I worry about is what we are going to do for the next year or so with container tonnage availability all but wiped out,” he said.

This also means there is nothing left on the containership charter market to offer for any ad-hoc requirements, such as relays for overlanded cargo due to carriers being obliged to skip a port. Indeed, a feeder contact told The Loadstar recently his company was “really struggling” to hold onto its existing ships, let alone have any options for ad-hoc movements.

“The carriers with big bucks have taken everything off the market, right down to the smallest feeder, and we can barely cover our commitments,” he said. “And now owners are asking us to agree new long-term extended charter deals at vastly inflated hire rates.”