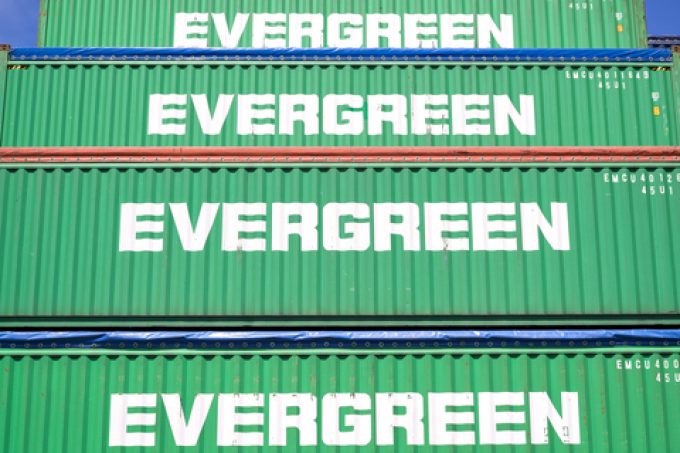 Liner operators and container lessors have rushed to build new boxes, as freight rates rocketed to historical highs in the past two years, which has resulted in an equipment glut, eroding prices of pre-owned containers.

But carriers, such as Evergreen, continue to order more.

CEO Christian Roeloffs said: “The current situation of oversupply of containers is a result of a series of reactionary market disruptions that began soon after the outbreak of the pandemic in early 2020.

“With the rise in demand, congestion at ports increased and container capacity was held up for a long period. This led to panic-ordering of new boxes at record levels.

“With time, as markets reopen and demand softens, the oversupply is a natural outcome of demand-supply forces balancing at new levels.”

Consequently, second-hand container prices have softened. For example, a pre-owned 40ft container was priced at more than $4,000 in Rotterdam in August 2021; last month it was $2,741.

Despite caution from consultancy Drewry last week, that there is an excess of 6m teu of capacity in the global fleet, new boxes continue to be ordered. Last year, the global container pool reached 50m teu, 13% year-on-year growth and threefold on previous years.

On Friday, Evergreen ordered 11,800 containers from its affiliate, Evergreen Heavy Industrial, for $58.36m.

The Taiwanese liner operator, with a fleet of 203 ships, of 1.54m teu, said it would need more containers as it has 57 newbuildings to be delivered until 2026.

Container xChange said the container glut would cascade down to the already short supply of depot space. And if global supply chain disruptions fade with time, there will be higher box productivity, resulting in fewer boxes required per unit of cargo.

While large by historic standards, Drewry considers the 6m teu surplus to be manageable for the industry. Head of container equipment research John Fossey noted that the record newbuilding orders in the past two years meant global slot capacity would increase by 3.6m teu in 2023, and by over 3.9m teu in 2024.

Mr Fossey said: “With new IMO emissions regulations coming into force in January 2023, forcing some ships to sail slower, much of the surplus equipment currently in service is expected to be absorbed. In addition, there is evidence to suggest that some carriers are planning more buffer stock in their equipment pools, while fewer new containers will be built in the next two years.”