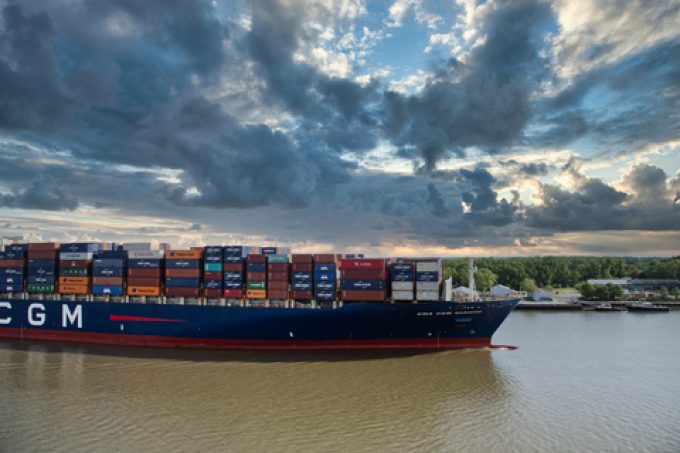 CMA CGM is to introduce even bigger discounts in ocean freight rates and broadened its scope, in response to the sharp rise in inflation hitting the purchasing power of French households.

Having announced plans for a €500 rebate at the end of last month, the French shipping giant said today it had decided to increase the freight rate reduction to €750 per 40ft container for all imports into the mainland and French overseas territories from Asia.

“Initially intended for 14 major retailers in mainland France, the reduction has been extended to all its customers in France, including large groups, SMEs and very small businesses” said the company.

“In addition, a €100 reduction per 40ft container for all French exports will be implemented. This reduction will support the competitiveness of companies in exporting, especially very small and medium-sized companies that promote France’s expertise throughout the world.”

It said the measures represented reductions of up to 25% in the freight rate.

The discounts will come into force on 1 August, for a year, and have been defined in consultation with the economy ministry and discussed with the group’s customers and certain business federations, CMA CGM explained.

“It is essential that these reductions are passed onto the prices of products intended for end consumers, and that the ministry’s departments can ensure this. In the French overseas territories, the state will be able to monitor consumer prices of products (food products, personal hygiene, cleaning products, small household equipment) under the quality/price shield scheme.”

CMA CGM said the measures followed other initiatives taken over a year ago, in particular the freezing of ‘floating’ freight rates since September (and even May in the French overseas territories). It had also allocated dedicated capacity to SMEs on its vessels in markets “where tensions are highest (Europe, North America) at a negotiated rate usually accessible for much larger volume commitments”.

However, it has not disclosed how much capacity it has made available in this way.

Economy minister Bruno Le Maire said: “CMA CGM made an initial gesture (the €500 per box discount). I told them it was insufficient and that they should be doing more. They’ve listened.”

The fresh move comes against a backdrop of calls for a windfall tax on ‘super’ profits.

While the Macron government has indicated that it does not support such action, it falls short of an overall majority in France’s parliament. A good number of opposition party MPs, particularly on the extreme left and right, have called for a windfall tax, and the debate remains open.