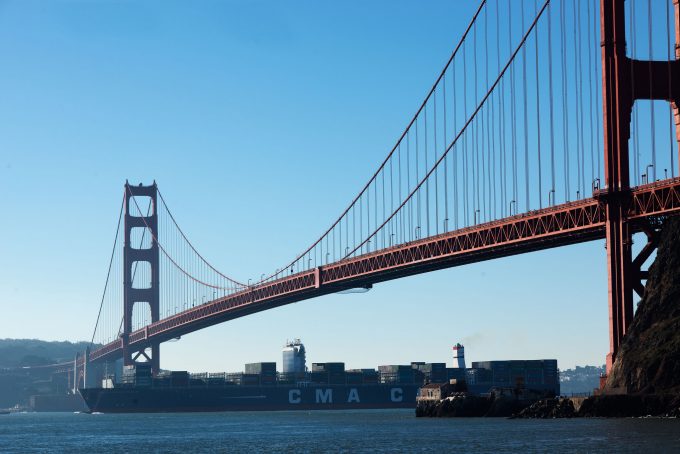 According to new research by Alphaliner, the Ocean Alliance carrier was the main beneficiary as volumes handled by ONE on the headhaul eastbound trade from Asia to North America plummeted.

Problems with the merged booking and documentation systems forced MOL, NYK and K Line customers to book with other carriers.

Alphaliner said that between April and September this year, ONE lost 14.2% of the volumes carried by the three carriers in the same period last year.

“It was the CMA CGM group which made the largest gains in the trade, with volumes rising by 7.3% in the April-September period, compared with last year.

“After consolidating for the volumes of APL and ANL, CMA CGM has overtaken ONE to become the second-largest transpacific carrier, capitalising on the problems that the Japanese [lines] faced,” it said.

“Volume retention was especially poor during April and May, when ONE lost 34% and 37%, respectively, of the Far East-US cargo. However, ONE now says these issues have been addressed and operations have returned to normal.

According to Alphaliner data, Ocean Alliance members now dominate the transpacific trade: CMA CGM and subsidiary APL have a 15% market share and Evergreen comes fourth with 11%, meaning that 43% of volumes on the trade are carried on an Ocean Alliance vessel. ONE’s market share has dropped to 14%, while THE Alliance partners Hapag-Lloyd and Yang Ming have 4% and 6% respectively.

Maersk has a 10% market share and MSC 8%, although as the 2M they may increase that in the coming weeks, as they have deployed five “extra loaders” since the Golden Week holiday in China at the beginning of the month “to cope with the additional volumes and to take advantage of the strong spot rates on the route”.