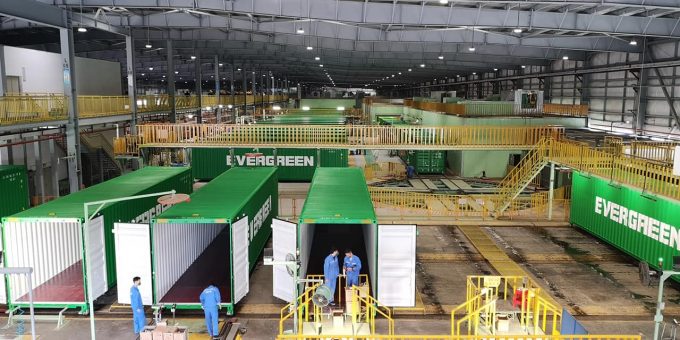 However, prices of new containers are more than double that of a year ago, due to heightened demand and well-publicised equipment shortages.

And this year Chinese steel prices have increased by around 40%, according to data from the China Iron and Steel Association.

But Mr Mai said raw material price fluctuations were normal, and not cause for concern.

He added that Cosco-owned CIMC, with a global market share of 42%, had a long-established mechanism to forecast raw material prices.

“If we forecast raw materials will become dearer, CIMC will purchase in advance and take orders [for containers] later,” he said. “Otherwise, we would have to charge higher prices for orders received after the price of raw materials rose.

He said, however, that CIMC’s market-monitoring mechanism showed the slow return of empty containers would continue to plague the industry, meaning the equipment crunch would persist throughout 2021.

He explained: “The problem isn’t insufficient supply, but poor circulation of containers. There are two main reasons: one is that the world’s 20 busiest ports are currently in ‘traffic jams’, with ships queuing and empty containers unable to be shipped back; the other is that new Covid-19 outbreaks have caused many countries and regions to suspend economic and industrial activities.”

In China, the equipment crunch is such that it has given rise to the phrase “yi xiang nan qiu“, meaning “one container is rare”.

The situation has combined with tight shipping capacity to put upward pressure on freight rates. In May, the Shanghai Containerised Freight Index, which reflects the spot market, averaged 3,341.69 points, an increase of 18.1% from April.