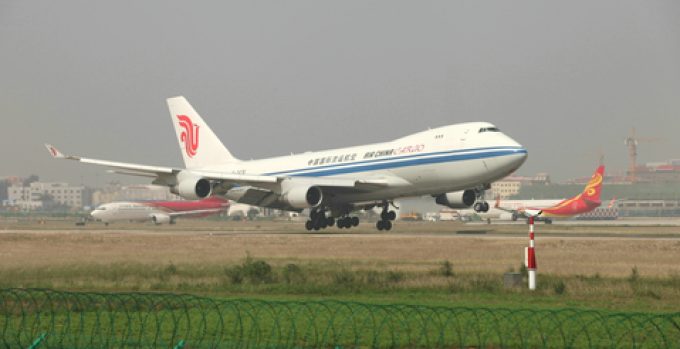 Following some of the worst-ever cargo congestion at Shanghai PVG at the start of the month, which then spread to other airports, authorities issued a new directive to ground handling agents that cargo may not arrive more than 28 hours before a flight.

Shippers had been sending cargo “much earlier than required”, in fear of failing PPE Customs inspections, according to Chaminda Gunasekera, senior director airfreight, e-commerce and network development, APAC & MEA, at Seko Logistics.

He said: “PVG was full of shipments that did not move immediately and clogged the ability to move urgent and current shipments. It was heartbreaking to see $1.5m fully paid freighters going back with no shipments. To my knowledge, five or six went empty just before and after the holiday.”

As a result, he said, the 28-hour rule now applies across all China’s airports, with shipments required to have cargo booking advice to gate-in the cargo.

“Can the terminals, brokers and Customs handle the volume within 28-hours?” he asked. “From experience, it has been a nightmare at CGO [Zhengzhou] airport to handle flights. But PVG is improving and no backlogs.

“However, if a PPE shipment gets inspected, or if Customs orders lab test reports (new conditions), flights are going to go empty.”

Fortunately, perhaps, freighter prices have fallen by 30-40% from the dizzying heights of early May, according to Mr Gunasekera, who noted that one Middle East carrier had operated a one-way freighter from China to Costa Rica “for a whopping $2.2m”.

He said demand had tailed-off somewhat in the US market because of a temporary slump in demand for PPE, due to quality issues, but demand from Europe was steady.

“I see the demand growth in Mexico, Vietnam, Bangladesh, and Turkey for masks and protective clothing, and e-commerce parcels are really gaining momentum early, mainly due to demand created by lockdowns,” he added.

Meanwhile, Mr Gunasekera speculated, there could be another spike in rates when the the world’s hard-working freighter fleet heads off for maintenance.

“Over the past two-to-three months, most freighters have done as many block hours as they did over the whole of 2019,” he explained. “So some of the airframes will need to go for c-checks very soon. It will take some capacity away and some passenger charters will fill the gap.

“When the EU and US start to open up, the demand that’s created by the low inventory levels in the marketplace will again drive the air rates high.”

Menzies and Felixstowe: beset with problems, but one is handling it well

This week has been a tale of two companies, both under the cosh, facing severe ...

The prospect of sustained capacity shortages, as bellyhold capacity recovers slower than anticipated, is prompting ...

The UK’s biggest container port at Felixstowe (POF) is buckling under the strain of a ...

Seko Logistics and its subsidiary, Air-City, have launched an international parcel delivery service into the ...