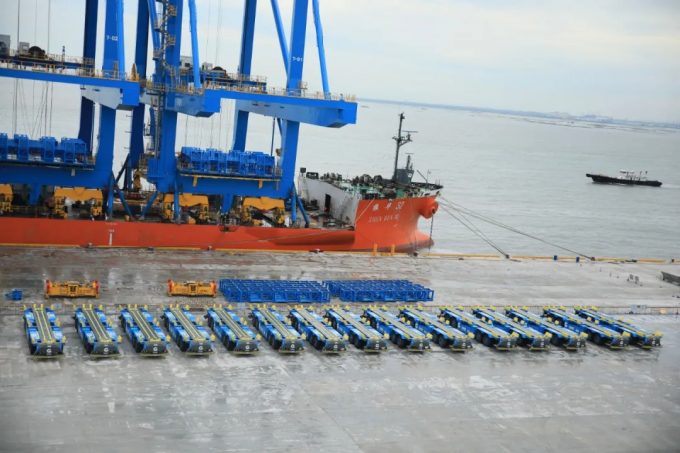 The new terminal is part of the Belt and Road initiative and integral to the New International Land Sea Trade Corridor, which connects landlocked Chongqing by rail with Qinzhou in the west from where cargo can be shipped worldwide.

It is estimated that in the terminal’s first phase, annual capacity will be 1.02m teu; phase two, expected to be ready next year, will increase capacity to 2.62m teu with its two berths.

The automated terminal is said to be the first of its kind, with a u-shaped process layout, enabling several tasks to be performed with minimal manpower.

CL radar: Inside GXO/Nestlé's 'DeeDoff' – the warehouse of the future is here

Take your kids up there – it’s worth it

To frustrated US shippers, going intermodal is proving a shaky alternative to the maxed-out trucking ...