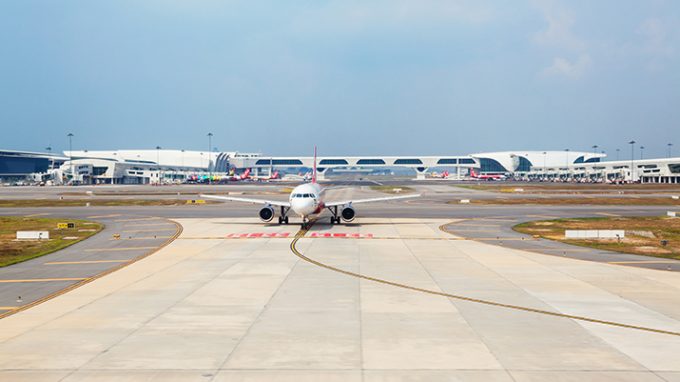 Air Charter Service (ACS) enjoyed a “stunning first six months”,  according to chief executive Justin Bowman, reporting revenue of £240.5m (US$312m), up 23% on the same period a year ago.

Mr Bowman stressed that ACS’s past year had been “beyond our most optimistic projections” and had been boosted by a number of one-off events.

Cargo flights have increased by 21% and the jobs performed by the onboard courier (OBC) division climbed by the same margin.

And the results for fiscal 2018 reported by Air Partner in July are equally upbeat.

The company tabled a net profit of £36.1m on revenue of £261.3m. Its gross profit from charter activities was up 22.8% and results on the freight side reached a new record as profits rocketed by 202.4%

Chapman Freeborn has also been going strong. The first quarter of this year was twice as strong as forecast, according to group cargo operations director Pierre van der Stichele.

With cargo capacity growth eclipsed by demand on many sectors, especially as far as main deck lift is concerned, forwarders have been eager to sign up charters or dedicated freighter flights. At the same time, some sectors that usually require all-cargo charters have picked up momentum.

The oil and gas industry, historically a driver of charter activity, is showing signs of coming back to life after several years in the doldrums.

“We’ve done a lot of projects. Oil and gas business is coming back,” said Mr Hill.

Demand from the energy sector and the automotive industry have been strong drivers for Chapman Freeborn. The latter segment has also been a key factor for the broker’s increase in OBC business.

Last year, the company was tasked with a job for the automotive industry that required the urgent shipment of 162 separate pieces from Frankfurt to a manufacturing site in the US. Altogether the couriers involved moved 1.3 tons of cargo.

Prompted by the rise in OBC work, ACS opened a dedicated office in Germany in June. According to Oliver Weigelt, Time Critical manager, the company’s contract numbers grew in excess of 50% last year and growth has continued strongly in 2018. Branches in San Francisco and Manhattan came onstream in the first half of this year, and the opening of another office is imminent, according to Mr Bowman.

The company is also expanding in China. Thanks to triple-digit growth in cargo charters last year, ACS has doubled its cargo team and moved to larger premises in Beijing.

Mr Bowman is upbeat on the second half of this year. ACS intends to unveil new technologies, including an improved OBC tracking system, he said.

Meanwhile, Air Partner is building its presence in the US. This month it appointed Jack Burt to lead its US cargo division, tasked with finding growth and implementing the firm’s air cargo strategy in North and South America.

Chapman Freeborn boosted its shareholding in Magma Aviation to 75% last year. Magma currently operates two B747-400 freighters and is due to receive a third. Its majority owner is looking forward to utilising some of this capacity, but a growing chunk of it is being tied up in dedicated flight arrangements. Magma has been a partner for Senator Freight, operating dedicated freighter flights across the Atlantic to haul mostly automotive traffic.

Mr van der Stichele is also optimistic for the months ahead, but noted that capacity might be an issue. Last year the scramble for lift in the peak season coincided with a need for disaster relief charters. A similar situation this year would see the industry struggle again, he warned.

Ocean carriers are confident they can keep freight rates at elevated levels at least for ...