News / Cash-rich Atlas Air – organic growth and M&A, 'all options are on the table' 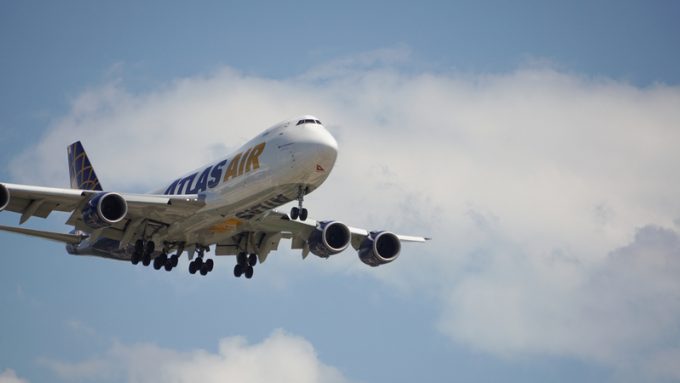 “We’re evaluating M&A opportunities, both in our immediate space as well as potential adjacent spaces,” revealed CFO Spencer Schwartz in an earnings call.

“But we’re taking a disciplined approach, given the current valuation, so we’re being careful and thoughtful.

“We think organic growth and M&A would generate the best returns for our shareholders, so we continue to evaluate these investment opportunities.”

While Atlas has diversified its revenue streams from aircraft, rival ATSG also owns a maintenance and freighter conversion facility, a potential area of growth for Atlas, but CEO John Dietrich added that the difficulty would be finding the right business.

“We’re always looking for opportunity for growth, whether that’s organic or M&A… There are fewer and fewer M&A opportunities presently, so do we look to adjacent space, [such as] MRO, or something else?

“I think all options are on the table, so I wouldn’t rule anything out at this point.”

One of the possibilities for using-up Atlas’ cash is buying back shares, something forbidden under the Cares Act rules, which saw the cash-rich company (which has had record earnings during the pandemic) getting a whopping £406.8m from the government as Covid began – more than 2.5 times what Kalitta Air received  and 50 times more than ATSG’s ATI subsidiary.

Despite requests by Congress for Atlas and others to return the cash, given market conditions, it decided not to – and now must tread carefully.

The restrictions, which included not paying bonuses to management, ended at the end of September, but the carrier admitted that buying back shares may not be a popular move.

Mr Schwartz said: “There’s still of course, a significant amount of scrutiny, with regard to those companies that received Cares Act grants. As far as share repurchases go, it’s something that our board certainly considers.”

Mr Dietrich added: “The technical legal time has passed, [but] I’d like to remind that we are still in the pandemic environment. And one of the fundamental reasons we participated in the Cares Act was the uncertainty created by the pandemic. And so that’s part of our thought process. We’re not quite out of that yet.

“Another factor [is] on the uses of cash toward growing the business organically, and paying down debt and exploring M&A opportunities. Not that share repurchases aren’t a tool available to us, but given that we’re still in the pandemic, we would raise Cares Act considerations as a practical matter.”

Atlas also revealed that it was considering buying Airbus aircraft.

“We’re certainly not ruling out Airbus, it’s a great product,” said Mr Dietrich. “And our view has been, we would want to be sure we have sufficient scale to go into any new aircraft type. I feel very confident we have the organisational capabilities to do that. Many of our technical people and flight ops people have flown and maintained the Airbus product in their careers. We just would want to be sure it’s the right asset, of sufficient scale, for our business.”

Meanwhile, Atlas has upped its Boeing capacity. It has just acquired three 747-400Fs on lease to it and will be buying five more of its leased freighters. It will also be taking the last four 747-8Fs from Boeing’s production line next year.

But, given the poor labour relations at the carrier, which will finally fold in its Southern Air subsidiary following the agreement with pilots, will it be able to field enough staff to manage new aircraft?

Mr Dietrich admitted that Atlas was experiencing “some of the labour challenges faced by other companies”, and noted that “pilot availability is certainly an industry issue”.

He added: “The majors are hiring. The integrators and express carriers are hiring pilots and other personnel. It certainly has an impact on everyone in the industry and Atlas is no exception.

“That said, we’re delighted to have entered into this collective bargaining agreement with regard to our pilots…And the pilots got a very good pay raise and we believe we have a great culture here at Atlas and a place where pilots can grow their careers.

“People come to Atlas and they generally stay for all the right reasons. That said, it’s a war for talent as they say. So, we’re out there every day, looking to recruit and, importantly, retain.”

For more detail and comment on Atlas Air’s results, go to The Loadstar Premium.

For the results themselves, go here.