Carriers vs forwarders – who is going to represent forwarders' interests in carriers' blockchain plans? 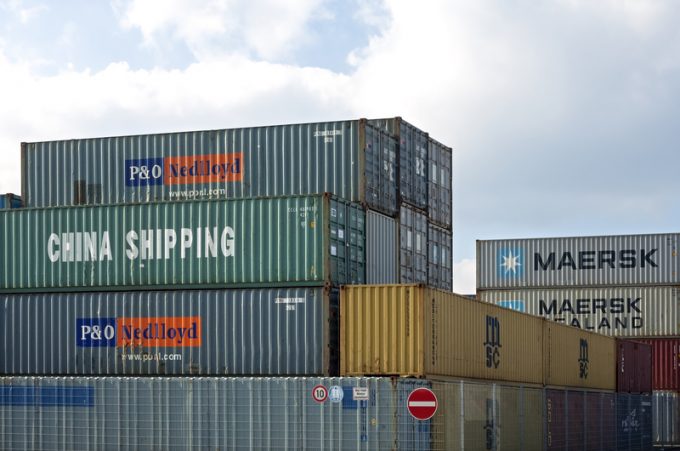 The “ocean carriers vs freight forwarders” debate rumbles on.

This week I talked to Steve Walker – a market veteran with 45 years’ experience in the freight forwarding industry – to assess whether the interests of 3PLs are being preserved effectively in a market that is changing beyond recognition, given the aggressive push by several asset-heavy logistics firms looking to diversify their revenue streams away from traditional core businesses.

– Who is going to represent the freight forwarders at a time when talk about blockchain and integrated logistics solutions by some of the major carriers – such as Maersk Line, CMA CGM and other Asian players – prevails?

– Is FIATA, the body governing several thousands freight forwarders and logistics companies, fit for the purpose?

– Is a new cartel forming with the help of innovative IT solutions providers?

This time is different

In an interview with Premium published on Monday, president and chief executive of Kuehne + Nagel in North America Bob Mihok said that what the carriers are doing in terms of product offering differentiation – inland expansion is on the agenda for most, spearheaded by Maersk Line – is nothing different from what they have have done in the past 30 years.

But Mr Walker thinks this time is different.

“It’s not about blockchain, it’s about the data, who controls it and who represents the interests of the freight forwarders,” he pointed out.

He also noted that “only last week Maersk announced it wants half its earnings to come from Inland Logistics, a bold statement without any reassuring words for their account base of forwarders. And the threat is not about vessels, containers, rates, rebates or landside equipment, it is now driven by the one thing forwarders must keep control of – data.”

After all, Mr Walker added, “these very lines, who have been unable to give us any data, by phone (!) or online are capable of leaping decades to seek control of a potential industry standard data flow mechanism.”

Mr Walker wondered: “So the lines may no longer have a cartel on rates and trade routes, but is there a potential cartel now on blockchain and resultant fees? The greatest concern is the leaderless void of forwarders’ interests. Could a reinvigorated FIATA become a safe haven for forwarders to discuss a wider new industry strategy?

“The forwarding industry needs to consider unifying to form new alliances – inconceivable one year ago – that will offer further profit streams into our industry for decades ahead,” he concluded.

In his “Is the ghost of P&O Nedlloyd still alive?” article, which was published today on LinkedIn, he touched upon several key aspects of what works (and what doesn’t) in supply chain relationships, including the similarities that characterise the current blockchain “revolution” and what happened in the late ‘90s, when a major container shipping line of the time, P&O Nedlloyd, Mr Walker wrote, issued a series of press releases, stating they would oversee the demise of forwarders, which were “actively selling against us”.

“Well, that never became the fulfilled prophecy, and in 2005 they were acquired by Maersk Line. We all went on for another decade, building our intertwined line/forwarder relationships and services.”

Maersk acquired P&O Nedlloyd for about $4.7bn, and many in the marketplace still do not think its current plan is any different from what it achieved with P&O many moons ago. The obvious read-across is what the shippers would do to protect their own interests at time when a price war for the services that the 3PLs offer is under way.

To read Mr Walker’s full story, please check out his LinkedIn profile in the “articles and activity” section.