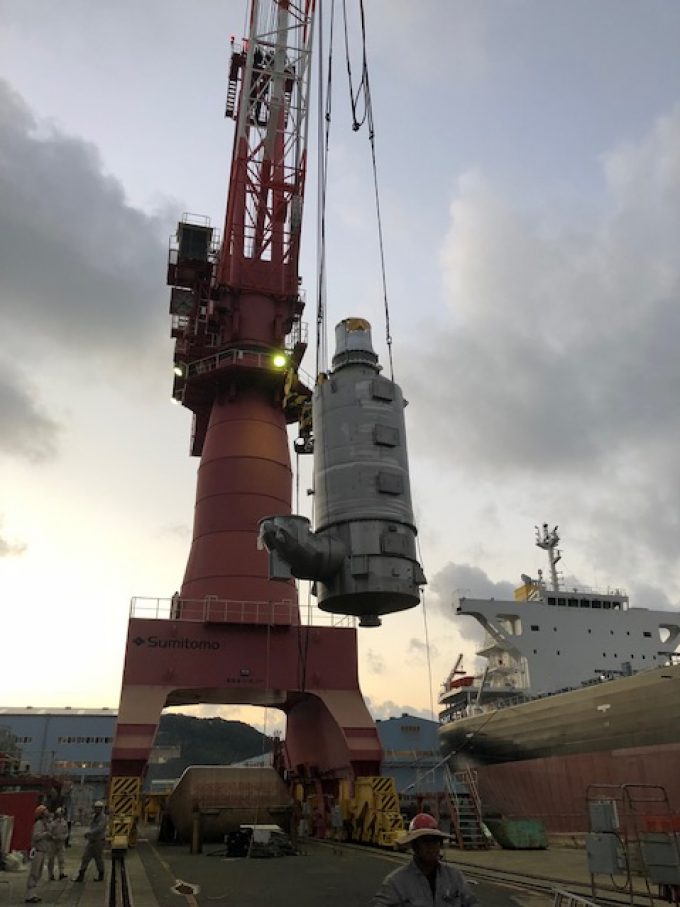 Ocean carriers are cancelling scrubber retrofits for their ships due to the huge delays at Chinese shipyards and a slump in oil prices, which has raised questions about the economics of the technology.

According to Alphaliner, the number of containerships currently out of service for the installation of exhaust gas cleaning systems remains at a record high of 117, for 1.1m teu.

“On top of this, several vessels are stranded at anchor waiting to enter retrofit yards. A number of ships have since abandoned their yard slots to seek alternative deployment opportunities, as owners try to mitigate losses from the extended vessel downtime and off-hire days,” said the consultant.

It said MSC, which had planned to retrofit around half of its 574 ships with scrubbers, had been “particularly hit by the delays with more than 20 of the carrier’s ships staying at various shipyards for more than 100 days”.

On a rough calculation – assuming that the 20 idled vessels would cost the carrier say $50,000 a day to replace on the charter market – the indirect cost to MSC could be in the region of a staggering $100m.

However, several of MSC’s vessels have suffered extended stays of considerably more than 100 days, including its 19,437 teu MSC Erica, which was idled for 175 days.

According to Alphaliner, MSC still has some 40 ships with ongoing retrofits, having installed scrubbers on around 90 vessels so far. The final number of MSC’s vessels equipped with scrubbers will almost certainly fall well short of its previous plan to fit the technology on around 280.

The Loadstar understands the carrier has cancelled several scrubber contracts with Chinese yards on the basis of the excessively extended times, compared with the original quotes of six-to-eight weeks.

This may go some way to explain how the carrier’s 9,784 teu MSC Joanna recently violated IMO’s carriage ban on carrying non-compliant fuel when entering UAE ports. MSC told The Loadstar yesterday 700 tons of heavy fuel oil had remained on the ship in a sealed tank for scrubber testing.

It said that it was “closely investigating” the incident, adding that the installation of a scrubber system on the ship had been “delayed several months this year”.

MSC did not confirm whether a scrubber would eventually be fitted to the ship, but it seems unlikely, given the new oil economics.

With the price premium between the cost of traditional heavy fuel and compliant low-sulphur fuel narrowing to just $60 per ton, carriers and owners are rowing back on plans to install scrubbers on their ships.

“This low spread greatly reduces the benefits owners of scrubber-fitted ships enjoy, with payback periods stretching to four or five years, against earlier projections of less than one year, based on a spread of over $200 per ton,” said Alphaliner.

Indeed, one well-informed source told The Loadstar several carriers had apparently tried to sue Chinese yards for compensation, but the yards had been able to claim force majeure because of the coronavirus outbreak.