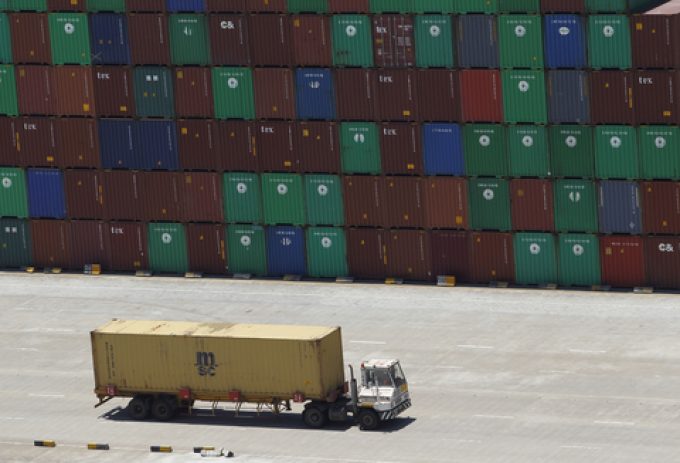 In Shanghai, where most of the city remains under lockdown, despite officials introducing a three-tier system to slowly ease restrictions, the container port – usually the busiest in the world – has been operating but the lack of trucking capacity has left supply chains in disarray.

For example, Jasmine Wall, Seko Logistics’ commercial manager for Asia Pacific, said: “Some carriers, including Maersk and ONE, have started to cancel calls at Shanghai to instead provide intermodal services, such as land-to-water or rail.

“And due to trucking and entry problems, some yards in Shanghai port are under pressure. Maersk, Hapag-Lloyd, MSC, ONE and others have said dangerous goods and reefer containers will be transferred to other ports for unloading.”

One contact said China’s ministry of transport had issued instructions to “restore reefer transport and clearance of refrigerated cargo”, possibly due to perishables supply chain troubles being reported throughout the city.

According to Norman Global Logistics (NGL), export volumes have increasingly shifted to Ningbo, but NGL said supply chain conditions were again deteriorating in that city, too, adding: “The situation at China’s second biggest port has worsened, with more Covid-cases and measures introduced.

“This has combined with a lot of shippers trying to re-route cargo from Shanghai through Ningbo, especially those in Jiangsu, Anhui and Sichuan provinces.”

Meanwhile, President Xi is reportedly sticking to his zero-Covid policy, casting further doubt over when the bout of self-inflicted supply chain pain in China will end.

Forwarder Flexpoprt said: “Ocean carriers continue to assess the impacts to bookings, many are looking for replacement cargo from South-east Asia due to the constraints and dips in shipment activity ex-China.

“Inventory replenishment efforts remain important and necessary for many importers and retailers ahead of the traditional peak season.”

Sunny Ho, executive director of the Hong Kong Shippers’ Council, speculated whether there may be a renewed push towards sourcing in South-east Asia. He told The Loadstar: “China supplied the world’s merchandise over the past two years, on condition that it successfully contained the pandemic.

“However, the impact of the Shanghai lockdown is not restricted to logistics and cargo movement, but also affects the more important economic activities of deal-making, finances and administration.

“Shanghai’s hinterland extends much further into the east China delta, and the lockdown consequences extend into these vast areas as well. In the short run, overseas buyers may switch some procurement to alternative manufacturing areas, like Asean and Mexico.”

On the other hand, Mr Ho said, production capacity in these areas may be insufficient, given their reliance on China for raw materials and intermediary goods, and he added: “But in the longer run, the diversification process – which began before the pandemic – is expected to resume, and may gain some momentum.”