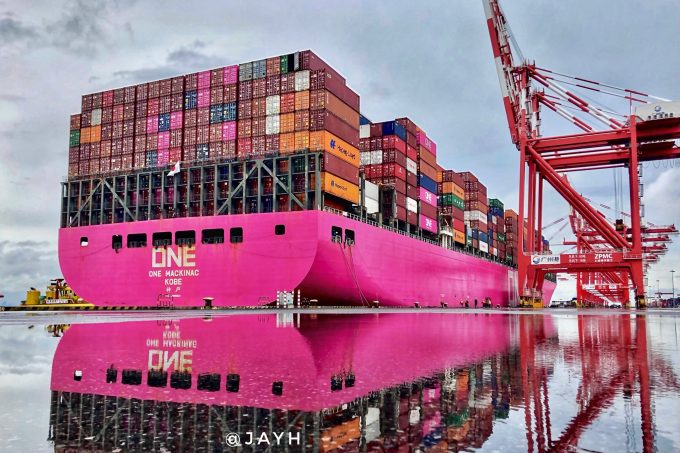 There was another new record for ocean carrier earnings in Q1, but with operating costs spiralling and spot rates starting to head south, liner profitability may have plateaued.

With results from CMA CGM still to come, consultancy Blue Alpha Capital has estimated Q1 net earnings of the major ocean carriers at a staggering $59.3bn – compared with $19.1bn the year before.

Based on the quarter-on-quarter earnings growth of rival Maersk, Blue Alpha Capital has estimated a net figure of $7.58bn for CMA CGM, making the French line the most profitable of its publicly reporting peers.

These 11 carriers make up some 65% of the top-ranked carrier capacity and Blue Alpha Capital has used an industry earnings average for the remaining third, including newly crowned biggest carrier MSC, to arrive at its total.

Notwithstanding the new record quarterly earnings for the liner industry, the report’s author, John McCown, said he was “not as confident of further improvement”, and is maintaining his full-year estimate of $220bn – “that assumes a slight levelling off for the rest of the year”, he added.

“Much is already baked-in for the 2022 financial results,” he said, adding that the vastly improved income “has a long tail even if supply-demand conditions change materially”.

Mr McCown pointed to the carriers’ success in securing huge increases in contract rates as a key reason for their continued profitability and conceded that falling spot rates could be the “canary in the coal mine” for contract rates. But he argues that contracts can often be renewed at higher rates even when spot rates are falling, if there is uncertainty in the market.

Furthermore, despite the gradual easing of congestion that significantly contributed to the surge in freight rates, he expects carriers to take steps to cement the extraordinary gains achieved since the start of the pandemic.

“They will look for ways to mitigate the impact of this unwinding,” said Mr McCown. “In particular, the capacity management tool.

“The capacity management tool of blanked sailings worked well at the beginning of the pandemic. The memory of that, and the favourable outcome that resulted from its aggressive use, is top of mind,” he said.

“The industry consolidation in the form of the alliances has made this tool logistically easier to accomplish and then to refine as necessary,” he added.