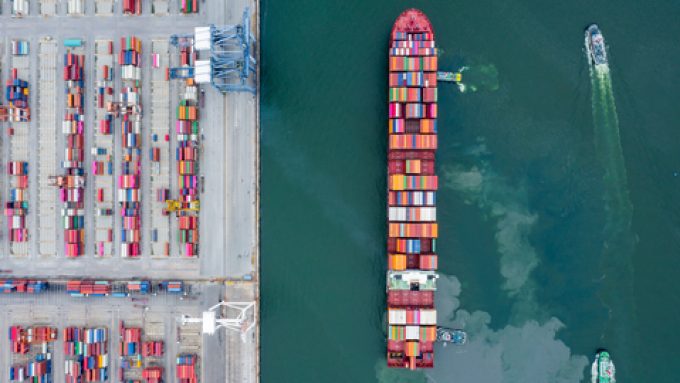 A year ago, shippers were desperate to agree annual contract deals with ocean carriers  to secure their supply chains, and were prepared to do, and pay, ‘whatever it took’.

And carriers were holding ‘beauty contests’ to determine the most attractive large-volume BCOs to be included in their exclusive customer portfolios.

But 12 months on, the container liner shipping market has seen an 180-degree turn – world economies are being racked by huge hikes in energy costs, high inflation and spiralling interest rates, causing a pause in discretionary spending by consumers and a sharp downturn in demand.

Since the ‘non-event’ peak season in July and August this year – traditionally when carriers garner the most revenue from pre-holiday season orders – container spot rates from Asia have collapsed, along with demand, as carriers have been obliged to heavily discount their short-term rates.

Moreover, the margin between the weekly decreasing spot rates and the elevated annual contract rates became so great that one by one carriers buckled and granted their core contract customers dispensation to book cargo via their spot platforms.

Meanwhile, despite an aggressive blanking strategy by the shipping lines, including ‘slidings’ and sending vessels on the backhaul from North Europe back to Asia via the longer Cape of Good Hope route, carriers were unable to turn the fall in spot rates back to pre-pandemic levels, or below on some tradelanes.

Nevertheless, there is evidence over the past couple of weeks that the spot rate bottom may have been reached on the key Asia-North Europe and Asia to US west coast routes.

For instance, this week’s Asia-North Europe component of Drewry’s WCI index actually recorded a slight uptick, to $1,706 per 40ft.

And there was another sign this week that the rot had stopped on the route, with The Loadstar’s inbox receiving very few ‘spam’ e-mail quotes from China-based forwarding agents offering “prompt space with all carriers at $1,000 a box”.

And on the transpacific Asia to US west coast route, spot rates also seem to have plateaued, with the week’s Xeneta XSI reading ticking up 1.3%, to $1,529 per 40ft.

By Christmas on the Asia to Europe tradelane, the contract season is normally well under way, but judging by the feedback from some of The Loadstar’s forwarding and NVOCC contacts, there is an understandable reluctance by both shippers and carriers to start negotiations until they see how the market plays out after the Chinese New Year, which commences on 22 January.

Xeneta’s long-term contract market report for December saw its index of crowd-sourced contract rates flat on the month, albeit that few deals were completed.

But Xeneta’s CEO Patrik Berglund believes we are really just seeing “the quiet before the storm”, in terms of contract rate reductions. He said: “The narrative for the beginning of 2023 looks to be very different.

“All indicators point towards considerable rate drops from today’s levels, with several of the major Far East trades pointing towards new long-term contracts that are much closer to the current far lower spot rate benchmarks.”