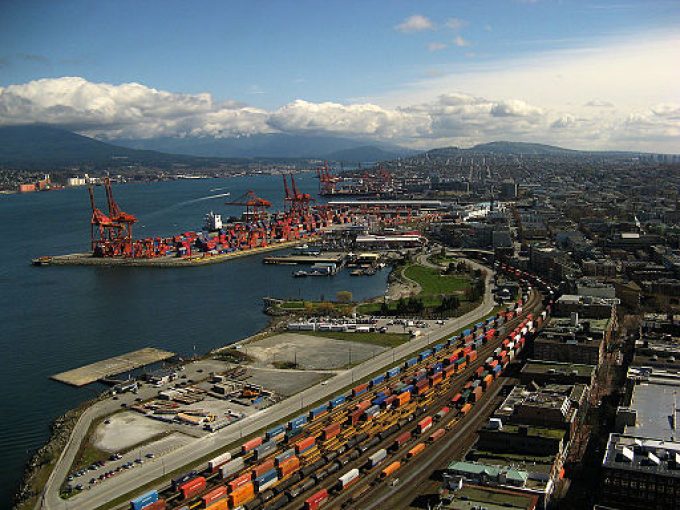 The port of Vancouver is building a new facility for container inspections near its Deltaport terminal complex. Importers and forwarders hope the inspection station, which is scheduled to come on stream next year, will cut down on inspection times. But they remain resigned to ongoing problems and painful costs at all Canadian ports.

She has doubt, however, that the new facility will end the woes that container inspections at Canadian ports have spelled for importers. These woes translate into tangible hits on their balance sheet. While the Canada Border Services Agency (CBSA) itself does not charge for examinations, the costs associated with the process have been going up – and they can exceed C$10,000 (US$7,790) for an inspection.

The record amount was largely the result of storage and demurrage charges for a large number of containers that arrived on the same bill of lading, reported the forwarder whose client was presented with the invoice. According to CIFFA, when one container is called for examination, the other units on the bill of lading will usually be held and therefore incur demurrage.

Demurrage makes up the lion’s share of these costs. As for the charges levied by container inspection facilities, the picture is murky, since they are under no obligation to publish their tariffs.

Ms Snowden called the rise in inspection costs appalling, but added that the lack of transparency around the process was even worse. There is no standardisation of costs and no requirement to post costs. Nor are operators or customs officers required to give any details of the unloading and inspection process, or the time lines involved.

The only proof that an inspection has taken place is the invoice the importer receives from the shipping line or forwarder, after the line has received an equally undetailed invoice from the examination facility operator, she added.

What exacerbates the problem further is the fact that customs officers are not accountable for delays. According to CIFFA, there have been several instances where containers were called for examination before a long weekend or a public holiday and not examined until days and sometimes weeks afterwards.

A fundamental change seems overdue. The legislation under which the CBSA is mandated to carry out container inspections and the associated regulations and policies were formulated in an era of limited global trade and before the transformation of customs into an agency charged with securing Canada’s border after the events of September 11, 2001.

“The Customs Act is antiquated, but a lot of this could be covered by policy,” argued Ms Snowden.

In a dialogue with the CBSA that goes back to the year 2009, CIFFA has called for changes to make the process more transparent.

Among a long list of suggestions, it has proposed the implementation of service level agreements for operators of container examination facilities, and that they should be held accountable for the timely pick-up and return of containers to the port. Operators should also be mandated to publish rate sheets. CBSA officers should be required to sign examination time sheets and provide evidence that the examination has taken place.

The CBSA has rejected calls for it to take action, by describing the issues raised as ‘industry issues’. But CIFFA argues that the problem has been created by the agency, pointing to lack of transparency, lack of accountability, lack of standardisation and an absence of competition between examination facility operators.

“The current examination model is broken,” CIFFA has stated in a letter to the CBSA.

Moreover, the cost rests squarely on the shoulders of importers whose containers are called for inspection, as charges are fully allocated to those units that are inspected.

“I think the costing model is wrong. This is a security issue. All Canadians should bear the costs, or at least all importers,” Ms Snowden said.

The container haulage crisis in the UK has led companies to explore new avenues to ...