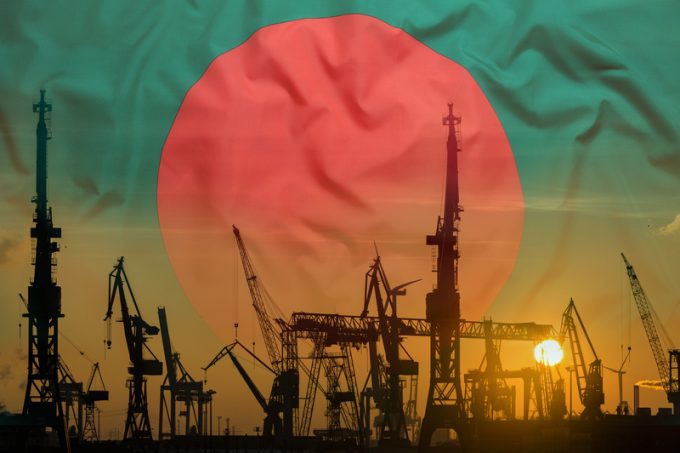 Bangladesh’s cabinet committee on Wednesday appointed Japanese firm– Nippon Koei Company— to provide consultancy services for the construction of a deep seaport to handle its growing external trade in a deal worth $28m.

The firm will work on detail design, tender assistance, and construction supervision of the JICA-funded proposed deep seaport at Matarbari area in south-eastern Bangladesh.

The deep seaport will have a 16-metre water draft and will be able to accommodate 8,000 TEU post-Panamax vessels, lessening Bangladesh’s dependence on the feeder vessels to ferry export-import goods from the hub ports in Singapore, Colombo and Port Klang.

Presently, the country’s two seaports– Chittagong and Mongla—have up to 9.5-metre draft where vessels holding up to 2,000 teu containers can anchor.

According to a feasibility study of the Japan International Cooperation Agency (JICA) construction of the port will cost more than $2bn. JICA will provide a portion of the loans at 0.01% interest while some parts will be charged 0.9%.

The deep seaport, whose main navigational channel will be 350-metres wide, is expected to be completed by December 2026.

According to JICA’s plan, the port will have a container terminal built on 18 hectares of land, a 460-metre berth where 8,000 teu vessels will anchor, and it will have an annual capacity of 600,000 teu to 1.1 million teu containers in its first phase of construction.

In the next phase, the container terminal will be expanded to 70 hectares, with a 1,850-metre berth, and handle 2.8m teu a year.

The seaport’s multi-purpose terminal will be built on 17 hectares, with a 300-metre berth which will accommodate vessels of up to 70,000 dwt and handle 2.25m tonnes of goods a year.

Government officials said the country’s cargo handling capacity will increase considerably when the port comes into operation and could attract shipments for neighbouring countries.

“As our economic activities have increased significantly, the construction of a deep seaport is now a demand of time,” planning minister M A Mannan said after the ECNEC approval.

“It’s a big work. The port complex will change the scenario of the entire area,” he added.

The Japanese company has been providing consulting services in Bangladesh with its subsidiary Nippon Koei Bangladesh in major construction projects since 2018. The company also conducted a preparatory survey on the Matarbari port development project.