News / As the US trucking sector hits a slow curve, M&A activity goes up a gear 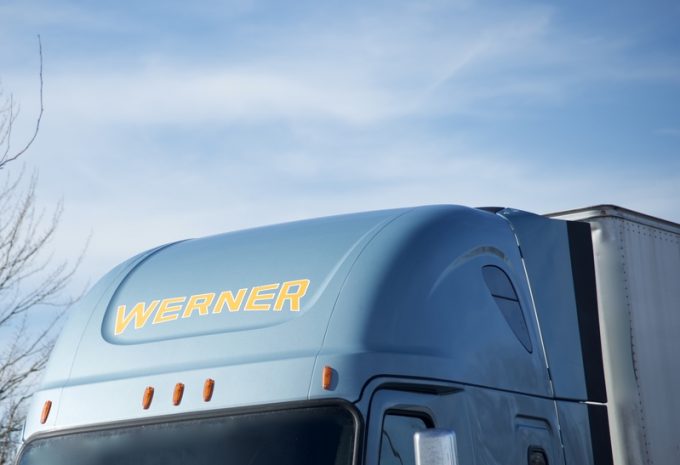 In a market facing headwinds, some players are consolidating their position through acquisitions, and this week Werner Enterprises, the seventh-largest US truckload carrier, took over Reed Transport Services and Ascend bought Fuchs Trucking.

US truckers are rolling into the 2022 peak season at reduced speed. The Q4 market update and outlook by Uber Freight, released on Monday, shows a a market that has lost much of the momentum of the past couple of years.

Demand looks subdued while inventory levels remain high, whereas the number of trucks and drivers continues to rise.

Having fallen in the recent two quarters in the ad hoc truckload segment, rates are now declining for contract traffic. Even the less-than-truckload (LTL) sector is showing softness in rates, although carriers have largely maintained pricing discipline, the analysts noted.

Outlining the macroeconomic trends shaping the market, they note consumer spend on retail is up 8% year on year, but this is below the rate of inflation; on an adjusted basis, retail sales are 1% down from a year ago.

While demand has lost impetus, capacity has been on the increase – both in terms of equipment and personnel – and the bottlenecks in truck production are easing. Average wait time for new trucks is down to just under seven months, from eight to nine in July.

Driver numbers are also up, especially in the long-distance sector. As a result, trucking firms have begun to scale back on hiring. Parallel to this, the rate of closure of independent contractors with one-five trucks appears to have levelled.

Not surprisingly, this situation has exerted more pressure on rates, while tender rejection rates have continued to slip.

Uber Freight’s analysts found that spot rates had mostly stabilised, but at levels that, in some cases, have not been seen since 2019.

Contract rates have also slipped, albeit less than spot, as shippers have shown reluctance to relinquish access to capacity to safeguard themselves against further supply chain disruption. They have declined 2%-7% from the second quarter.

The downward pressure on pricing has been reinforced by the easing of supply chain constraints, Uber Freight noted, but added that “average equipment street dwell time is still elevated and causing periodic congestion at rail terminals”.

This has been a factor for the fortunes of the intermodal sector, where volumes are expected to decline 2% this year.

Throughout the weakening truckload market since the first quarter, the LTL sector had remained buoyant, thanks to a combination of strong demand and tight capacity. Lately, demand has begun to soften, but pricing discipline remains for now.

In October, the Institute for Supply Chain Management’s PMI slipped to a reading of 49.9, a 28-month low that suggests a volume decline ahead for LTL. Recent shipment count has slipped 5%-6% and tonnage 4%-6%, while costs for operators continue to climb at high rates.

In this volatile situation, some players see opportunities to expand and strengthen their position. Werner is acquiring Reed Transport Services, a truckload brokerage provider and carrier that reported revenues of $372m for the 12 months to 30 September. About 90% of this was generated on the brokerage side, a major attraction for Werner.

And two-thirds of Reed’s revenue springs from the food and beverage sector, in which Werner has had little exposure. There is minimal customer overlap between the pair.

One day after the announcement of the ReedTMS takeover, truckload carrier Ascend revealed it was buying Wisconsin-based Fuchs Trucking for an undisclosed sum. Fuchs started out hauling livestock and forest products, but later shifted focus to building materials and furniture.

The buy swells Ascend’s fleet to over 1,100 tractors and more than 3,200 trailers and is its fourth acquisition this year – and more are to follow, according to CEO Michael McLary.