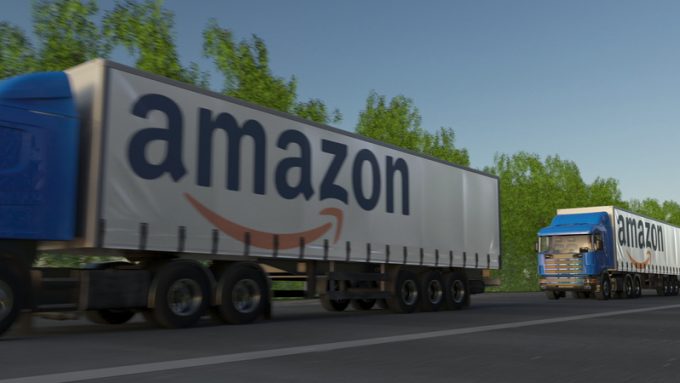 Amazon has denied it plans to undercut the road freight market with its new digital freight brokerage platform.

Launched this week, the platform sets Amazon against companies such as CH Robinson, which saw its shares suffer following analysis that the e-commerce giant was going to undercut the market.

According to FreightWaves, Amazon’s live trial of its brokerage undercut prices by 26-33%. However, Amazon’s senior PR manager for transportation told The Loadstar: “This service, intended to better utilise our freight network, has been around in various forms for quite some time. The analysis suggesting dramatic undercutting of pricing is false.”

However, Freightwaves said it stood by its analysis that Amazon is undercutting the market.

It noted: “Amazon is under pressure to re-accelerate its top line revenue, which has slowed from upward of 30% annually three years ago to less than 15% projected for this year.

“Amazon cannot allow trucking capacity to constrain its growth and is entering freight brokerage to lock that capacity up.

“From a cursory review of four lanes in Amazon Freight’s current offering, it’s clear that Amazon is not trying to realise fat gross margins on its brokerage. Instead, it is massively undercutting market prices.”

But as we note on Loadstar Premium this week, Amazon appears to be trying to make friends rather than enemies, in the transport market at least.  In its earnings call, Amazon management said: “We‘re going to need definitely continued support of our external transportation partners.”

Which could explain why it has been so keen to try to stop this analysis from gaining much traction.