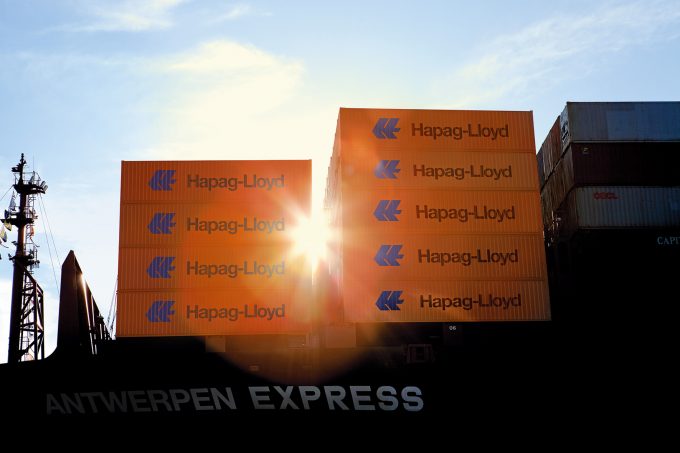 It follows publication by rival grouping the Ocean Alliance last week and news that the container divisions of the Japanese shipping groups would merge.

THE Alliance said its product, which is subject to regulatory approval, would be characterised by “fast transit times, a broad port coverage and deployment of modern and most-efficient ships”.

It claimed: “Our best ship for the loop principle and our dedicated shuttle service design are the basis for one of the most competitive products available in the market.”

THE Alliance intends to offer 31 services across the east-west trades, deploying 240 ships over 75 ports in Asia, North Europe, the Mediterranean, North America and the Middle East.

This will feature five Asia-North Europe loops, compared with the Ocean Alliance’s proposed six, and three strings between Asia and the Mediterranean, one less than its rival.

However, according to Alphaliner, THE Alliance will be the smallest of the three VSA groups between Asia and Europe, with a capacity share of approximately 28% – after deducting Hanjin Shipping’s pre-bankruptcy share and assuming the merger between Hapag-Lloyd and UASC completes. The 2M + Hyundai (HMM) and the Ocean Alliance are each expected to hold around 35% market share.

On the transpacific, THE Alliance will be behind the Ocean Alliance’s 39% capacity market share, its 28% share ahead of the 2M + HMM at 19%.

THE Alliance also published its “base-plan” of port rotations for the 31 services, saying it “will keep the market informed about further steps and the final, more precise service rotations”.

Indeed, a number of loops only specify country calls or regional hubs, suggesting that negotiations with terminals have yet to be concluded.

This indicates that the announcement by the Ocean Alliance last week obliged THE Alliance to reveal its hand, or risk losing momentum in the battle of the three alliances next year.

Another factor would have been the merger of the Japanese lines so soon after the demise of Hanjin, which needed to be followed by a positive statement of intent from the revised grouping.

Moreover, Hapag-Lloyd will announce its third-quarter results next Monday and the German carrier no doubt wanted to add some upbeat news before what is likely to have been a poor three months of trading.

Meanwhile, the port of Felixstowe should be happy with the pro-forma schedule of the Ocean Alliance, which gives it three calls, adding to the four in the current 2M network.

What is clearly still to be decided by THE Alliance is how many of the five weekly services will call at the UK terminals at Southampton, Felixstowe or London Gateway, which has yet to attract a scheduled Asia liner service, but has been quietly growing volumes and experience of handling vessels on the trade in recent months.

Since the summer berth and landside congestion at Felixstowe caused its biggest customer, MSC, to threaten to switch some of its services elsewhere, London Gateway has handled a growing number of ad-hoc diversions from Felixstowe’s carrier customers.

This includes the FAL23/AEC8/NE9 Ocean 3 loop operated by CMA CGM, UASC and Cosco respectively, which is reported to be extending its making two scheduled calls per month at London Gateway through to mid-April 2017.