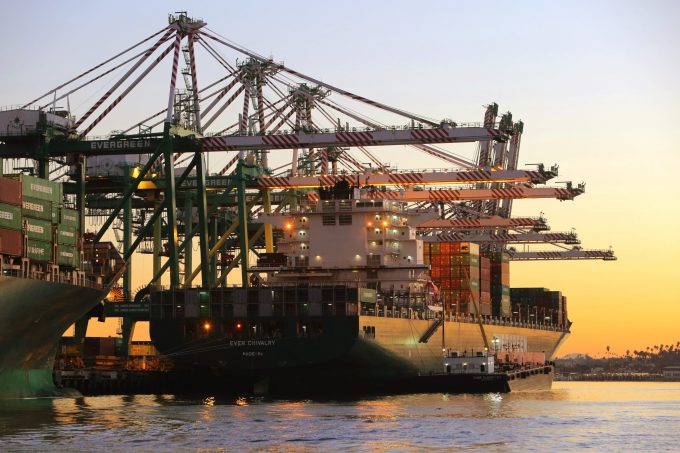 In July 2020, global container shipping capacity stood at 23.8m teu, the transpacific accounting for 3.74m teu. By this July, capacity had increased to 24.77m teu globally and 4.88m teu on the Pacific trades.

The data also shows vessels were diverted from services calling at India, Pakistan and the Persian Gulf to generate more transpacific capacity.

The three largest shipping alliances accounted for the largest growth in transpacific capacity, with the 2M alliance of Maersk Line and MSC adding 320,000 teu from seven new service routes.

Since August last year, MSC added three solo Asia-US west coast services, deploying 18 ships with a combined capacity of 180,000 teu, while since this June, Maersk has, since June 2021, added 19 more vessels to its TPA, TPX and TP20 Pacific services, increasing capacity by 80,000 teu.

While Evergreen has not launched solo transpacific services, it purchases slots on THE Alliance’s EC6, which began in May, to offer more Asia-US east coast capacity.

In May, the 2M partnered Zim on the TP23 Asia-US east coast trade, assigning 10 ships with total capacity of 60,000 teu.

However, it is important to note that all this is nominal vessel capacity, but with the congestion in ports and overwhelmed inland supply chains around the world, actual working capacity is reduced, as vessels are forced to wait long periods for berths.

For example, VesselsValue’s AIS data shows 36 vessels at anchorage in San Pedro Bay, off Los Angeles and Long Beach ports – but the ships at anchorage in the 100 km stretch offshore between Ningbo and Shanghai are too numerous to count.