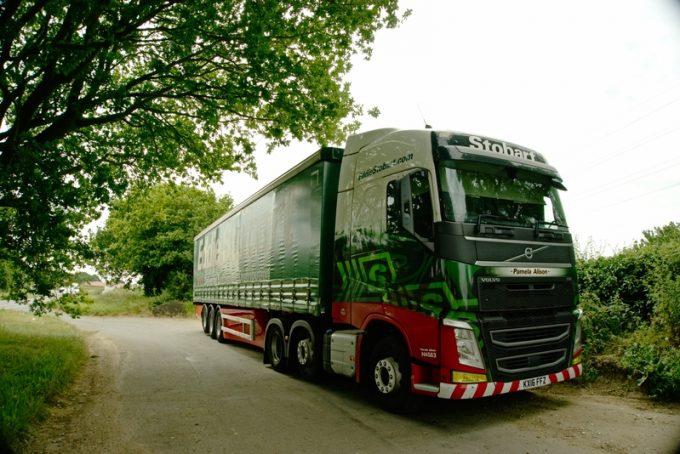 A bidding war for UK haulier Eddie Stobart Logistics appeared to be breaking out this week after potential acquirer Wincanton called on Eddie Stobart shareholders to reject last week’s offer for the company by an investment fund.

On Friday – the deadline by when it was due to make an offer for  Eddie Stobart – Wincanton was granted an extension until 27 November to continue its due diligence.

This followed a recommendation from Eddie Stobart management that its shareholders accept a partial takeover from investment fund DBAY Advisors.

The offer would see a new a new holding company created, of which DBAY would own 51% and existing Stobart shareholders a combined 49%.

DBAY would, additionally, inject £55m into Eddie Stobart via a payment in kind (PIK) loan and, in a  statement to the London Stock Exchange, Eddie Stobart management said that, combined with the uncertainty of whether Wincanton would make a formal offer, it thought the DABY offer represented the best option.

“Having considered the alternatives in detail with its advisers, including the possibility of effecting an administration or liquidation of the group in a manner that maximises the cash available for distribution to shareholders, the board has concluded that the best option for shareholders to retain an economic interest in, and ensure the continuing viability of the group’s underlying business, is to enter into the proposed [DBAY] transaction,” it said.

However, Wincanton reminded the shareholders that Eddie Stobart’s financial auditors had still not finalised the company’s most recent accounts, which effectively left them in the dark on the viability of the DABY offer.

It said: “Wincanton’s remaining due diligence is focused on achieving assurance as to the underlying profitability, balance sheet and cash flow; cost saving opportunities; and the funding of working capital requirements on a short- and medium-term basis.

“The company’s ability to deliver any firm offer for the listed entity, Eddie Stobart Logistics plc, primarily remains contingent upon the provision of outstanding due diligence, including critical forecast information required to assess Eddie Stobart’s ongoing liquidity position and the finalisation of the ongoing accounting review by Eddie Stobart’s auditor.”

It added that because there was “still no visibility on when Eddie Stobart’s auditor’s review may be complete, and in the absence of such information, Wincanton believes neither it nor Eddie Stobart’s shareholders can make an informed decision on the value of any possible transaction”.

It said: “Wincanton is confident that any potential proposal made by the company to the board of Eddie Stobart would be attractive to all of Wincanton and Eddie Stobart’s stakeholders and that a combination of the two businesses would be more compelling to Eddie Stobart shareholders than the proposal announced by Eddie Stobart and DBAY Advisors.

“As such, Wincanton urges Eddie Stobart’s shareholders to take no immediate action in relation to the DBAY proposal, and requests that Eddie Stobart and its auditor prioritise the release of critical financial disclosure.”

Eddie Stobart shareholders are reaching a critical point: in its statement, its management said that due to growing debt levels it “expects to experience a liquidity shortfall by the end of December 2019, which will result in the group being unable to fund its trading activities and being reliant on additional support from its lenders, which, if it is not forthcoming, may result in the insolvency of the company”.

It added that it was unable to provide any further guidance as to when the auditors will have authorised its accounts, but provided guidance that it expects ebit for the full year to 30 November to be no more than £2m, while net debt for the year is expected to reach £200m.