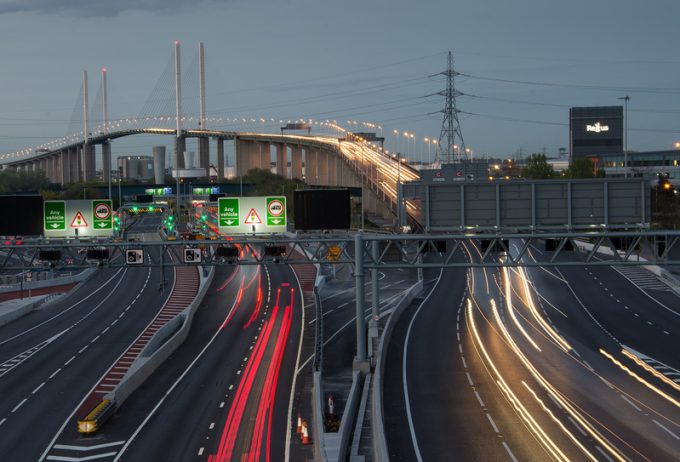 The UK government has announced the route for the new Thames crossing to supplement links that have become increasingly congested.

The preferred route for the Lower Thames Crossing will run between the M25 at North Ockendon, east of Tilbury, under the Thames to linkup with the A2 that links up with the M2 to Dover.

It is expected to carry 4,500,000 freight vehicles in its first year of operation, although no dates for construction have been announced. Over the next year, the Highways Agency will decide on the exact details of the route and links to existing roads. 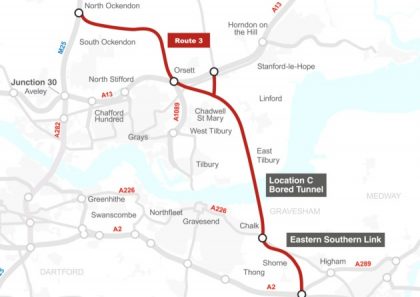 The government has also announced a £66m investment to widen the A13 Stanford-le-Hope bypass from two to three lanes, which it said would “unlock the development of hundreds of new houses and improve links to Tilbury and London Gateway ports”.

Charles Hammond, chief executive of Forth Ports, which owns the port of Tilbury, welcomed the decision, but said his support was dependent on a new junction being built directly into the port itself.

“This investment is as much about north-south connectivity, as east-west road links on and off the motorway.

“It is vital that nationally significant transport operations like the port of Tilbury have high-quality and reliable road connections. That’s why we will maintain the case for an all-moves junction off the new motorway into the expanding port area,” he said.

Christian Brodie, chairman of the South East Local Enterprise Partnership, said: “The benefits go far beyond Kent and Essex. With the current Dartford Crossing already operating at capacity and freight traffic continuing to grow, the new crossing will also support the government’s wider economic aspirations for the Northern Powerhouse and Midlands Engine.”

Port of Dover chief executive Tim Waggott added: “Dover handles up to £119bn of trade, or 17% of the UK’s trade in goods, and is vital to the UK’s trading relationship with Europe – our largest and nearest trading partner. Half of its freight traffic is heading beyond London to support economic activity in the Midlands Engine and Northern Powerhouse government priority areas.

“With freight traffic through Dover growing by a third in only four years, and with a forecast 40% growth in freight traffic by the end of the next decade, it is essential that traffic fluidity is enhanced on this key trade corridor connecting the rest of the UK with mainland Europe.”

However, some transport campaigners argue that the trade-off between environmental considerations and the UK’s freight transport needs could be better served.

Bridget Fox, sustainable transport campaigner at the Campaign for Better Transport, said: “Building a major new road through protected countryside is not the right way to address the long-standing problems of traffic, much of it HGVs, through Kent.

“Instead of squandering billions on yet another expensive new road that will inevitably fill up with traffic, leading to more congestion, a better solution would be to expand port capacity north of the Thames, improve freight and passenger rail links to Kent and look at measures like distance-based HGV charging to better manage traffic.”