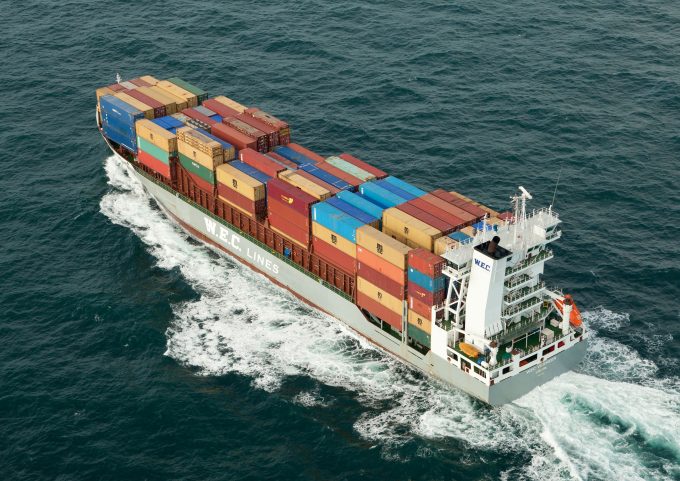 A looming ‘no deal’ post-transition Brexit and predictions of supply chain “bedlam” due to customs bureaucracy, driver shortages and congested trailer parks is continuing to prompt an increased demand for multimodal services to the UK.

The specialist Iberian shortsea container line WEC Lines is the latest operator to offer UK importers and exporters supply chain sustainability with the launch of its new Bilbao Shuttle service linking Immingham, Teesport and Thamesport with the northern Spanish hub port of Bilbao.

“The new links, via the uncongested Dutch port of Moerdijk will give shippers a clear alternative to trucks,” WEC Lines UK MD Roger Megann told The Loadstar today.

“We are already seeing cargo switch from trucks to containers on our existing Tilbury and Liverpool services and by offering shippers average port-to-port transit times of just five days from Thamesport to Bilbao, six days from Immingham and eight days from the Tees we know from our marketing research that the demand could potentially be enormous,” claimed Mr Megann.

Starting on 24 October, a weekly departure and arrival from each UK port will see containers arrive in Bilbao on a Tuesday, for delivery throughout Spain prior to the weekend via its intermodal connections to and from Zaragoza, Barcelona, Valencia and Madrid, with the vessel returning from Bilbao on Wednesday.

“WEC Lines is responding to the market demand to bring containers closer to the cargo owners’ door. Removing the road miles from the equation cargo owners will benefit from reduced costs, less congestion, lower emissions and improved control over their stock,” said Mr Megann.

“Thamesport is a new venture for us, but we have identified cargo that would perfectly suit the southern location making the connection highly competitive for exporters and importers,” he said.

“Haulage in the UK is now extremely expensive with for example a job from Liverpool to Doncaster costing around £300 and Liverpool to Immingham at some £200, so we firmly believe that the future market, even without Brexit, will be about offering more regional port connections.

“Moreover, as we are seeing with the current Felixstowe problems, hauliers just don’t want to go anywhere near the major container ports and risk sitting around for hours, if not days, trying to pick up or tip a box,” said Mr Megann.

WEC Lines UK was established in June 2019 while the group’s headquarters is located in the Netherlands. According to vesselsvalue.com, the company owns a fleet of five 868 teu feedermax vessels and charters-in an additional five ships. It is also the beneficial owner of the 4,400 teu panamax MSC Sarah, which is recorded as being under its commercial control.