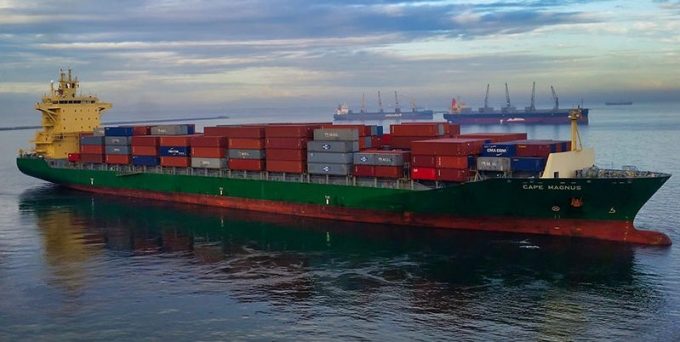 Since then, Wan Hai has set aside $880m to buy second-hand ships and has 17 so far, as well as ordering four 13,000 teu newbuildings from Capital Maritime & Trading.

Chartered at a daily rate of $17,500, Cape Magnus serves Wan Hai’s Asia-US west coast route, for which the Taiwanese liner operator is reportedly charging $20,000 per feu, working out to some $27m per trip. This means that after two trips, Wan Hai could recover the cost of buying the ship.

In December, Schoeller refinanced all its 17 containerships with CDB Financial Leasing in a $142m transaction, and since then, with liner operators prepared to pay a premium for in-service ships, has sold a few for a profit.

And asset valuations continue to head north: Wan Hai is paying $5m more than China United Lines (CULines) forked out for a younger, similar-size Schoeller ship in January. CULines paid $48m for the 2011-built Cape Manila and, this month, bought the 2012-built 2,758 teu Cape Marin for $52m; Maersk Line is said to have bought three Schoeller ships, the 2010-built 1,732 teu Cape Nabil and Cape Nemo for $31m each, and the 2007-built 2,741 teu Cape Martin for $52m.