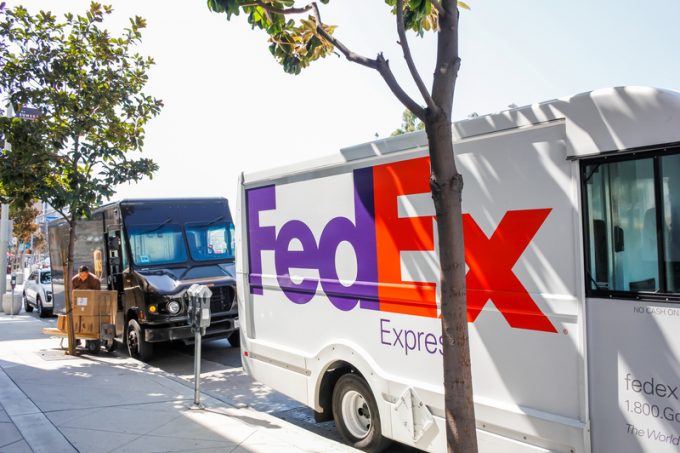 The two large US integrators have moved to bring back delivery guarantees to the parcel sector.

Within a day of each other, UPS and FedEx announced service guarantees for overnight air products and international parcel shipments.

However, at least in UPS’s case, the guarantee for afternoon deliveries has been diluted by stretching the window beyond general notions of what constitutes an afternoon – these deliveries are deemed timely if they arrive by 11:59pm, local time.

Previously the threshold was 3pm in many cases, for some it was noon, commented John Haber, CEO of parcel consultancy Spend Management Experts.

UPS has reinstated delivery guarantees on three US overnight air services scheduled for deliveries at 8am, 10.30am or in the ‘afternoon’. In addition, it brought back money-back guarantees for international express delivery services.

The big two US players usually move in lockstep, and this was no exception. With 24 hours of the UPS announcement, FedEx told customers it was resuming the guarantees for next-day air parcel services scheduled for deliveries by early morning, mid-morning and mid-afternoon, as well as for international priority services originating or ending in the US.

However, it is not clear if FedEx is following UPS in its flexible definition of afternoon hours.

FedEx management recently announced it would ramp up afternoon deliveries in a number of US markets, but has given no indication in which areas this will happen, or how it alters duty rosters.

“FedEx’s network is at capacity. Those changes are made to handle the increase in volume,” said Mr Haber.

The integrators had suspended service guarantees in March 2020, citing challenging market conditions after the Covid-19 outbreak. Mr Haber pointed out that neither of them brought back money-back guarantees for second- and third-day air services, nor for their ground services, which make up the bulk of their traffic.

“The overwhelming majority of their products are not covered,” he said.

Over the past three quarters, FedEx’s deferred package volume grew 28% year on year, while overnight boxes increased by 15%.

Mr Haber described the resumption of some service guarantees “a small step in the right direction”.

And in a separate move, UPS has changed its charges for eBay shippers.

Last autumn, the transport behemoth and the e-commerce giant announced a partnership to integrate UPS service options into the eBay platform. In addition, eBay shippers stood to gain access to better rates, according to the e-commerce firm.

The new set of charges brings a mixed bag for this clientele. Shippers that send small parcels over relatively short distances stand to save up to 3.5% on their rates, whereas those with larger shipments going longer distances could end up paying up to 5% more.

UPS has tightened its focus on small and mid-sized shippers that tend to produce higher margins. This emphasis on profitability has taken a toll on its larger customers hit with double-digit rate increases during the past peak season, noted Mr Haber.

He questioned the integrator’s drive to reduce business with larger shippers.

“I understand they need to improve margins, but the way this is being done has made many customers very angry,” he said. “Short-term, it’s very profitable for UPS, long-term it’s incredibly risky.”