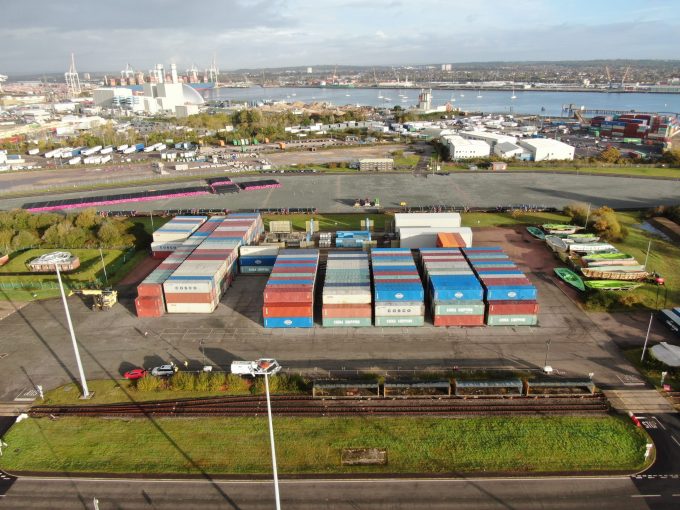 Overflow container stacks continue to proliferate around the UK as the logistics industry scrambles to tackle the growing congestion hitting supply chains.

The Loadstar reported this week how stacks of containers had begun to pop up near Felixstowe, and it appears similar moves are under way around Southampton.

“We knew that with vessel delays would come port congestion; so we decided to provide laden and empty storage to help ease the overcrowding,” the companies told The Loadstar.

SJG and Solent Gateway initially offered space for 600 teu, which increased to 3,000 teu to help cope with the pressure as demand increased 600%. And this grew further, with another 3000 teu, “doubling our capacity to help further reduce the impact at the port”.

“Solent Gateway is happy to facilitate the storage of empty containers in Marchwood,” said Christopher Anderson, head of business development. “By partnering with SJG we have been able to quickly adapt to the unprecedented market conditions and unlock much-needed storage capacity

“As we continue to develop Marchwood, we will unlock more of the potential of this under-utilised strategic port facility,” he added.

In addition to laden and empty container storage, the facility also offers direct rail access, reducing the requirement for containers to be delivered by road.

Meanwhile, at the port of Ipswich, nine miles upriver from Felixstowe, around eight acres at the port’s Western Dock, which used to serve as Cobelfret’s terminal when the Belgian carrier operated its Ipswich-Ostend ro-ro service, have also recently been opened up for laden container storage.