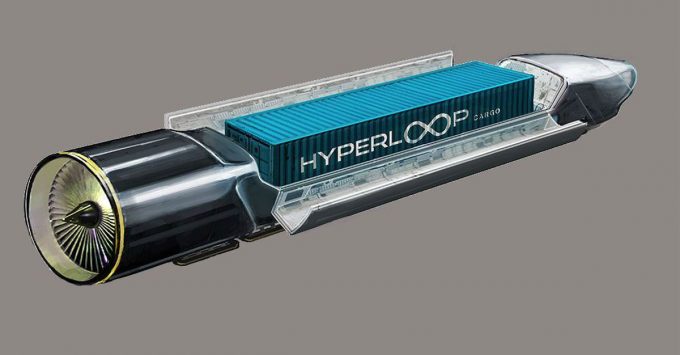 Mr Levy’s comments come in the wake of leaked documents that claim the proposed system would cost an additional $11.5m per mile to build.

According to Mr Levy, the reality of transporting freight on Hyperloop One becomes undone by the physics of the system.

Mr Levy said that the lateral force generated on hyperloop curves from cargo would “overstress” the system’s light elevated pylons. This, he added would relegate Hyperloop One’s freight transport capabilities to high-value, lightweight products such as jewellery, mail and perishable goods.

Given those limitations, this report claims that Hyperloop One would be most primed to compete with airfreight services.

However, while advocates state that it combines the speed of air with the efficiency of rail, opponents note that it lacks the flexibility of air travel to meet shifting market demand.

Alongside the lacking flexibility, Mr Levy said that being hamstrung by two-fixed points, Hyperloop would still require trucks to supply last-mile delivery. As a result, “any speed benefits coming from high-speed freight services vanish”.

Mr Levy’s views back-up those  in May of Barry Prentice, a professor of supply chain management at IH Asper School of Business, who argued that the sweet spot for the Hyperloop might be to copy commercial airlines’ model of mixing passengers and small amounts of freight.

Those considering Tesla’s Semi may wish to rethink. It’s gone from bad to worse for ...

DP World has launched Cargospeed, a partnership with Virgin Hyperloop One that will develop a ...

Hyperloop could be up and running in Europe this year

Hyperloop is coming to Europe. Or, a 320-metre test track near the French city of ...

At the end of last month, Hyperloop One completed the longest, and fastest test run ...

Netherlands’ Delft University clinched top honours for its hyperloop pod during the inaugural test on ...

Revolutionary transport system Hyperloop One has netted $50m in investment from DP World. The port operator’s ...

The development of an advanced magnetic levitation (mag-lev) rail line between Stockholm and Helsinki took another ...

The race to create Elon Musk’s hyperloop heats up

Hyperloop One The hyperloop Tomorrow's World