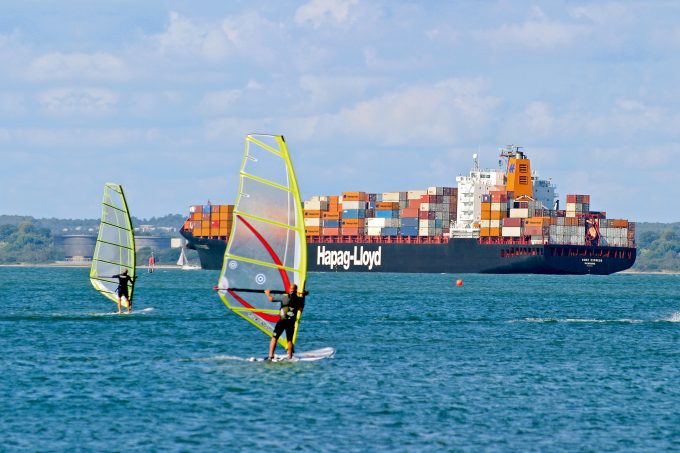 THE Alliance members Hapag-Lloyd, Ocean Network Express(ONE) and Yang Ming have published details of a rationalised revamped network for east-west trades effective from next year which will include a new pendulum service.

The new service network, which is subject to the usual regulatory approvals, is expected to commence shortly after the Chinese New Year, which falls in early February 2019.

The standout feature of THE Alliance service restructure is its new east-west pendulum service which will replace the existing FE1 Asia-North Europe loop and the PS1 and PS2 Asia-US west coast services.

As per a statement from the three carriers today, the new FE1 loop transforms into the new PS1 loop described as follows:

THE Alliance said this restructure would provide “a necessary capacity upgrade to the existing Asia-Europe network and overall optimised port-pair connections will be implemented to accommodate customers’ needs of greater reliability and stability in service quality”.

According to Alphaliner data, the current FE1 loop has the smallest capacity of all of the offerings of the three alliances, deploying 10 ships of 9,000-9,500 teu.

The Ocean Alliance operates the largest ships between Asia and North Europe with both its NEU1 and NEU2 strings deploying vessels of 20,000 teu or above.

Commenting on the pendulum service, a spokesperson for Hapag-Lloyd told The Loadstar this morning: “It is not a new concept and allows THE Alliance to run this service even more efficiently, as a lower number of ships are required.”

At the same time THE Alliance said it will introduce a new Pacific North West service (PN4) with a port rotation of Xiamen-Kaohsiuung-Nagoya-Tokyo-Tacoma-Vancouver-Tokyo-Nagoya-Kobe-Xiamen.

The launch of the PN4 service will “provide more efficient and comprehensive links between Asia and the US Pacific north west coast”.

The revised THE Alliance network will see the member carriers deploying 249 vessels and connect 76 ports in Asia, North Europe, the Mediterranean, the US, Canada, Mexico, Central America, the Caribbean, the Indian sub-continent and the Middle East.

Currently THE Alliance advertises that it operates 250 vessels connecting 81 ports around the world.

THE Alliance is the smallest of the three vessel sharing groupings and has reportedly conceded market share this year due to combination of factors including an injection of ULCV capacity by the Ocean and 2M alliances; the chaotic launch in April of ONE; and concerns over the financial health of Yang Ming.

There is much talk in the market that South Korea’s HMM with its orderbook of 12 20,000 teu and 8 14,000 teu, all being built with scrubbers installed, is being courted by THE Alliance to join the VSA group in 2020 when its slot charter agreement ends with the 2M.

“The partners of THE Alliance will keep the market informed about further steps and the final, more precise service rotations and terminal selections,” it stated.