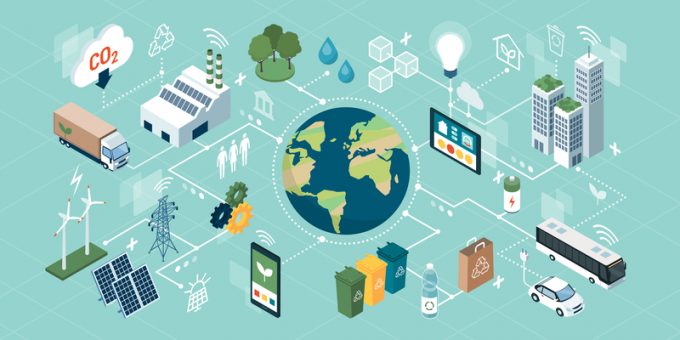 Despite chaos across the logistics chain, market research by Forto and FourKites suggests sustainability remains ‘top-of-mind’ for shippers.

“We see these metrics as positive indicators of a significant market shift,” said Forto CEO Michael Wax. “Sustainability topics are moving to the forefront of customer agendas.”

Meanwhile, 39% of respondents to a survey of supply chain professionals by supply chain visibility platform FourKites, in conjunction with Reuters, said they were planning to reduce carbon emissions in their transport processes, and 31% said the same for manufacturing and the phasing-out of non-renewable packaging materials.

Some 40% said they were increasing their commitment to sustainability, while 44% responded that they were ‘holding steady’.

Paul Avampato, head of international logistics at Henkel, said more supply chain visibility, such as that afforded by services like FourKites and others, increased the likelihood of supply chain players’ decision-making being improved.

“We use supply chain visibility data to understand better where there’s waste within the supply chain… where do we have excessive empty miles?” he said. “We believe by reducing dwell time, we can keep the network moving smoother. The more we reduce dwell time, the fewer trucks you have to put on the road.”

The FourKites survey found that end-to-end traceability was the biggest headache – or ‘pain-point’ – for 67% of respondents, an issue considered much more pronounced in Germany. There, all those surveyed claimed it had been a problem, compared with 71% in the UK.

And some 63% of those surveyed also said carriers providing inaccurate ETAs was ‘a persistent problem’.

Mr Wax said: “This is a pivotal point for the logistics sector and there is a huge opportunity for industry to drive innovation and new programmes forward that will dramatically impact trade, and of course, all people, our planet and future generations.” 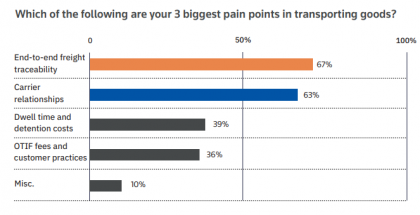 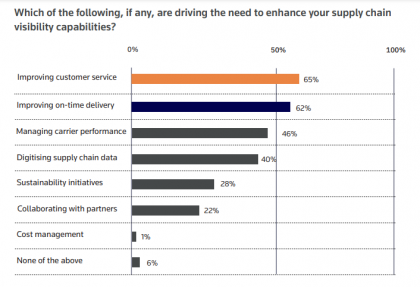