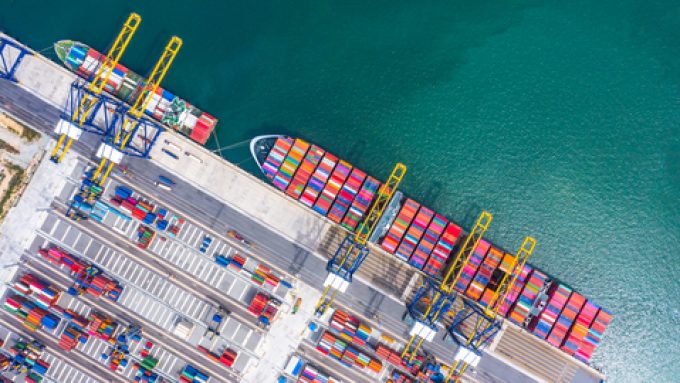 Ocean carriers are busy cascading bigger ships on to secondary trades in order to absorb some of their surplus tonnage as they prepare to receive more ultra-large tonnage from the shipyards.

Every potential growth opportunity is being assessed in carrier networks to redeploy the remaining smaller vessels deployed on the Asia-Europe tradelanes to other routes, at the expense of the incumbent ships.

With freight rates from Asia to Europe and the US expected to be under further pressure until at least the summer peak season, carriers are preparing to be exercised in finding ways to bring down unit costs.

And, as in previous rate wars, the ‘winners’ will be the lines that can manage to keep expenses lower than their competitors, and thus undercut their rivals.

Indeed, CMA CGM has just announced it has upgraded the capacity on its Asia to Central South America ACSA1 loop by deploying two 15,000 teu ships on a service where the average vessel capacity is currently only 11,500 teu.

CMA CGM is the vessel provider on the ACSA1, which it operates with slot-chartering partners Cosco, OOCL and Evergreen, and when the 2019-built 15,072 teu CMA CGM Argentina called at Yokohama this week it became the largest containership to call at a Japanese port on a regular liner service.

CMA CGM Japan president Hideki Uchida said the upgrade was part of the carrier’s growth plans for the tradelane.

“The introduction of the larger vessels on the ACSA1 service will not only accommodate more Yokohama-bound fresh produce on a single voyage, but is also part of our plans to grow inbound cargo from Central and South America,” he explained.

According to CMA CGM, its vessels bring in fresh fruits from Ecuador and Guatemala, as well as coffee and malt from Colombia and Mexico.

Nevertheless, history tells us that cascading bigger ships to trades that don’t necessarily warrant the extra capacity will put freight rates under pressure on those services.

Some of the redundant vessels being displaced are being assigned to the buoyant intra-Asia market, either as service upgrades or additional hub and spoke services as some production migrates from China to neighbouring countries.

However, many smaller ships will be unable to find new employment in the wake of this cascading strategy, and carriers and non-operating shipowners will have no option other than to lay them up.

And, once again, the ageing panamax fleet – so sought-after during the container demand boom of the past two years – could be the most exposed; the 4,000-5,400 teu type vessels being uneconomic to operate on long-haul liner trades and too big for many intra-Asia feeder services.

During the height of the boom, panamax ships were able to command a daily hire rate of $100,000 or more on the spot market, but now, brokers are lucky to achieve $20,000 a day for infrequent short-term fixtures, and with terms and conditions heavily weighted in favour of the charterer.