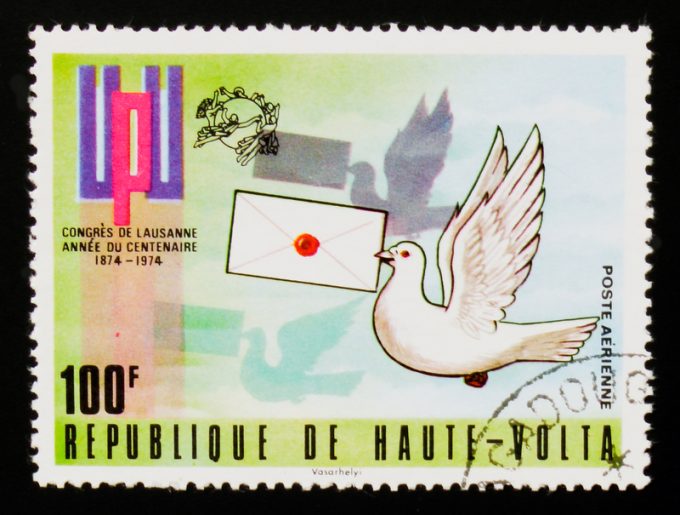 Despite its potential importance, few people are awaiting the meeting of the Council of Administration of the Universal Postal Union (UPU) in Berne on Tuesday with bated breath.

The agenda focuses on the issue of the postal remuneration systems, notably terminal dues, which cover compensation of postal agencies for deliveries in their territory of mail sent from other jurisdictions – a hot topic that could cripple the UPU.

The fact that online merchants in China pay substantially lower rates for delivery of their goods in developed nations than their competitors based in those countries, has drawn the anger of their rivals and political leaders. The US administration has threatened to walk away from the UPU if the matter is not resolved.

Terminal dues were established to support mail from emerging economies to developed ones by setting lower delivery fees charged to the postal agency in the origin country.

Until recently this was of little consequence, but the surge in international parcel shipments triggered by e-commerce has wrought dramatic change, which not only hurts the postal agencies in the destination countries, but also undermines the competitiveness of local merchants.

As China is classified as an emerging economy under the UPU system, it costs less for a parcel from Shanghai to be delivered in the US than a domestic US parcel shipment. According to one report, the US Postal Service suffered a $170m deficit in 2016, directly attributable to terminal dues, up 20% over the previous year’s loss attributed to terminal dues.

Postnord, the Danish postal service, charges Dkr30 ($4.52) for a Christmas card sent to the UK, but Chinese exporters pay a mere Dkr6.50 for a parcel to Denmark, which is significantly below the cost of Postnord for delivering it.

Australia Post reports that it loses money on every single parcel coming into the country.

Last summer, the US administration signalled it was losing patience and threatened to take measures if the September UPU meeting failed to make progress on the issue.

The UPU’s response was not very reassuring. It issued a statement after the event declaring that it would work on the problem with the aim of providing a comprehensive proposal by 2020.

The US reacted with a letter informing the UPU of its decision to withdraw from the organisation, effective January 1 2020 at the latest. From then on the US would unilaterally set delivery rates for parcels entering the US postal system from other countries.

Denmark could follow suit. Transport minister Ole Birk Olesen, also responsible for the postal service, suggested that if the current regime remained unchanged, his country should decide whether or not to opt out of the agreement.

According to a source close to Canada Post, a coalition of 30 postal agencies that share the frustration of the US administration, but are reluctant to exit the UPU, want to find a solution that would keep the US in the fold. This group includes the postal agencies from North and South America, the Scandinavian countries, Australia, New Zealand, Japan and Russia.

Horst Manner-Romberg, principal of parcel research and consulting firm M-R-U, is doubtful of a solution. The UPU has 192 members and many are not interested in changing the status quo, he believes.

In fact, Chinese merchants are not the only ones that benefit from terminal dues. A number of postal agencies have established extra-territorial offices of exchange (ETOEs) in pursuit of e-commerce opportunities. These are facilities, owned by a postal operator, set up on the territory of another country to target business.

Originally designed to facilitate the coordination of international mail and associated remuneration, ETOEs have increasingly been turned into commercial vehicles.

Correos, the Spanish postal operator, recently appointed lawyers to explore the possibility of setting up an ETOE in Singapore for its planned expansion into South-east Asia.

The UPU has “fast-tracked” work on the issue, aiming to have a proposal ready for the meeting on April 9. However, the event will not produce any immediate result.

UPU management has asked its membership to submit papers for the gathering. Following a review process, a number of these will be selected for publication in a conference volume titled  UPU remuneration systems – new frontiers for an old world? to be published in mid-June. No further steps have been indicated.

In light of its track record, the White House’s stance is regarded by many as a bargaining ploy to force the UPU to make changes to the terminal dues regime. Mr Manner-Romberg is not sure if an exit from the organisation would mark an unqualified improvement for US interests.

“They would have to negotiate with individual countries, and some of these may see a chance to raise their own tariffs,” he said.