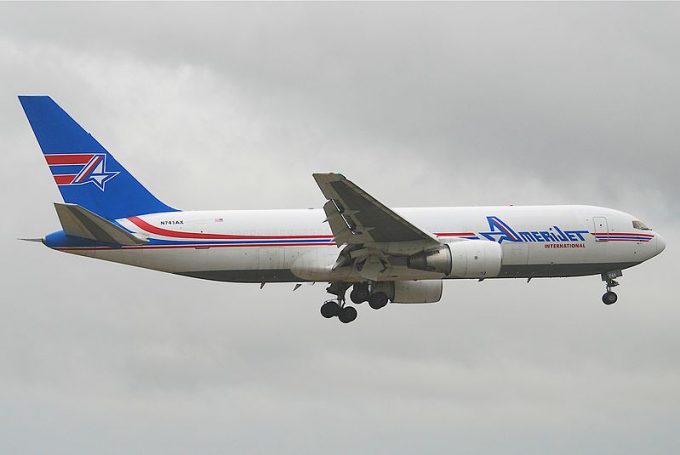 The international air cargo company Strike Aviation signed a Representation agreement with the US air freight company Amerijet International, based in Miami, Florida, in early November. For Strike Aviation, the new contract will offer a wide range of new opportunities, including a greater range of services to customers, geographical expansion, and stronger competitive positions in the market.

“Strike Aviation is continually expanding its network of world-class airlines in line with the demand for international air cargo. We can see a huge potential for cargo transport between Poland and Latin America. The new partnership with Amerijet will allow us to tap this potential and significantly strengthen our position in the Polish market. It is another important step toward the successful development of Strike Aviation. In cooperation with Amerijet, we will have the opportunity to transport both standard and oversized cargo,” said Andrius Antanaitis, Director of Business Development for Europe at Strike Aviation.

„We are delighted to grow our partnership with Strike Aviation, our combined services will cover a strategically important region. We are looking forward to developing new partnerships and providing industry-leading solutions for our customers,” said Eric Wilson, CCO Amerijet.

Strike Aviation Poland Sp. z.o.o. has been operating in Poland since 2013. The headquarters are located in Warsaw, but sales operations are also developed in Krakow.

Strike Aviation operates from major air cargo hubs in Europe, North, and South America and has offices in 26 cities globally, including offices in all three Baltic countries and Warsaw, the capital of Poland.

Amerijet is a rapidly growing U.S. cargo airline that has developed an excellent freighter network of flights between Europe, the USA, Mexico, Central America and the Caribbean. The company has been known for almost 50 years as one of the most important cargo carriers in the Caribbean, Mexico, Central and South America regions, and has recently strengthened its positions in Europe. Amerijet specializes in transporting pharmaceutical products, temperature-sensitive goods such as fruits and flowers, heavy cargo, hazardous materials, live animals and other goods. Amerijet is a preferred air cargo partner for shippers across many industries.

Strike Aviation is an air transportation business established in 1997 with special expertise in perishables and other air cargo. Its customers include IATA CASS (Cargo Accounts Settlement Systems) and non-CASS agents all over the globe. The company has offices in 26 cities, including Frankfurt, Amsterdam, Miami, Lima and Bogota as well as Vilnius, Riga, Tallinn in the Baltic region and the Polish capital Warsaw. Its teams use state-of-the-art ITC technologies for effective management of all operations: from bookings and track-and-trace activities to postflight procedures, flight revenue reports and cargo yield analysis.

Amerijet board "extremely happy" that Tim Strauss has rejoined as CEO

In what was possibly one of the shortest job searches ever, Tim Strauss is back ...

All eyes are on where Tim Strauss, now-former CEO of Amerijet, will go next. Mr Strauss, ...